It’s amazing how many times and how many ways your heart can break. It’s equally astounding that there are so many flavours of pain.

When my mother first discovered my father’s infidelity, she cried and screamed for days. I was 15 and I put my fist through a mirror in school, afraid to vent my feelings at home. There was no need to add to the angry debris caught up in the emotional cyclone spinning within the walls of home.

I was disappointed with my mum for not noticing sooner; he’d been lying for more than 3 years. I was furious with him for shattering the worship that all children have for their fathers, for lying and breaking his vows. His shallow excuses for straying made it infinitely worse.

My siblings and I stood by, listening to the arguments, watching mum cross-stitch while tears slid down her face. We huddled together in worry when my mum walked out in a tropical storm and didn’t return for hours. I wanted to tell them everything would be ok but I felt just as lost. We cried quietly together a lot and worried that our parents would split up and Dad would take sister number 3 to live with him because she was his favourite.

A few weeks later, he agreed to stop seeing the other woman. He said he claimed he didn’t want a divorce and that our family was his priority.

Maybe things might have played out differently if my mother hadn’t spent the next decade caught between suspicion and bitterness. My father became impatient when she did not wholeheartedly forgive and forget. For my part, I developed a great scepticism of love, marriage and monogamy. I was glad to escape to university abroad, glad to be free of the simmering acrimony between them.

That September, on the first evening of arriving at the university halls, I meet a wonderful boy. He had just turned 19 the day before and he had come to my flat to meet his course mate. We began dating in October and by December he declared earnestly, “I love you.”

I almost fell out of bed and did my best to pretend I didn’t hear him. Despite my best effort to break up on several occasions and amid very real doubts, we were married a couple of weeks after graduation.

Two years ago, on our firstborn’s 10th birthday, we found out that my father had resumed his relationship with the other woman. This time he said he could not give her up. He just needed time, 5 years to be precise, with the other woman. I remember the light-headed feeling and a sparkling clarity that suffused me simultaneously; all those years of feeling like I wasn’t good enough, that I wished I could’ve been a son.

In truth, we were all never enough.

We recently marked my son’s 12th birthday. I’m still not sure why my mother chooses to give him this time with her. Maybe she needs time to strengthen her resolve. I know she hopes he will keep his word. I hate seeing her pain. She oscillates between a calm hope on good days and brittle grief when things are bad.

My father is unpredictable; sometimes guilty and ingratiating, sometimes angry and belligerent. I think it’s stressful for him. He can’t understand why my siblings and I were so calm; he can’t fathom how my mother has become better at fighting her corner, for the most part with dignity.

As a daughter, I almost cannot bear the strained family meals. I cringe at my mother’s occasional barbed comments, and my father’s erratic lashings out make me want to shout, “You have no right!” But most of all I hate it when they are good together, awkwardly holding hands, and a mirage of what my family might’ve been shimmers ephemerally.

I’m trying to learn not to carry my parent’s baggage into my own relationship. Thankfully, it has been a while since I have woken up from a nightmare where my husband has banished me from his harem or some other ludicrous scenario. Yet I cannot tell you how many times the poor man has suffered a good clout because I have woken from some similar dream, with my broken heart twisting and my eyes burning.

It’s amazing one person’s choice can hurt so many people, for so long, in so many unexpected ways. 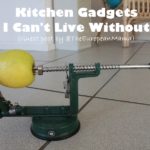 Kitchen Gadgets I Can’t Live Without 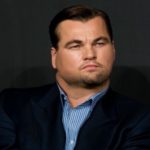