So there we were, after a five-hour drive across two states, deciding whether or not a dog would be returning home with us. It hadn’t occurred to me that with a pet-less 6-year-old in tow, whose favorite toy was a white fluffy dog with a battery-powered sigh, the chances of leaving without one of man’s best friends was approximately one in six trillion.

As my daughter and my then-significant someone joyfully romped and ran around the grounds with said puppy, I suddenly realized we would be driving home as four, not three. I turned white, maybe even greenish, as it became ever more clear. A new alien being, in the form of an eight-week-old hound dog, was about to invade my space.

The breeder glanced over at me, turned to my significant other, now my husband, and said with some concern: “What’s up with her?”
He chuckled and responded: “Oh, her? She has commitment issues. It took her years just to call me her boyfriend so signing up for a dog is kind of overwhelming. She’ll be fine eventually.”

As we drove away, over hills and along miles of narrow, curvy roads, we soon had to stop the car so our new acquisition could throw up. And like our carsick canine, I too wanted to hurl, not due to the motion of the car, but because I had committed myself to the care of a four-legged creature for the next 10 to 15 years.

Then, before long, we were in the market for yet another dog. It seemed the first dog, a needy little thing, required a companion.

Truth is, I like the idea of a dog or dogs more than I like the reality of them. It’s horrible, I know. But creatures of any kind require a great deal of love and care, sometimes more than I possess. I was fairly decent with my daughter, as far as mom duties go, but she was the exception.
When it came to kid barf, poop, late nights, early mornings, all the extras, I could manage. But when it involves dog barf, shed hair and the like, I freely admit to being a bit challenged.

Never fear, where I didn’t have it, the other half did. He pulls out all the stops when it comes to the dogs. If we vacation thousands of miles away, he powers up his electronics so he can watch the live-streaming video of the bow-wow camp playground, ensuring our dogs are happy from afar. Me: out of sight, out of mind.

Where regular dry food in the enormous bags at the grocery store seems to suffice for most dog owners, he labors over gourmet fixings – fancy no-grain kibble, pulverized fresh sweet potatoes for fiber, beef tongue and duck gizzards from the Chinese market and cooked pumpkin to ensure efficient bowel activity. Cans of the stuff are stacked along our basement walls for when local stores become pumpkin-depleted due to the onslaught of Halloween, Thanksgiving and Christmas. (Note: we never run out.)

My husband, he is the ultimate dog dad.

And like a parent, he looms, even when they’d prefer he not. Take poop patrol – a skill I lack but one he clearly possesses. Like most dogs, ours have a penchant for cat poop. But left without that delicious delicacy, they’ll settle for their own droppings, baked by the sun to a dry crispy fritter. I’m happy to leave them to their own demise, gluttonously eating as much dung as their little doggie stomachs can consume. I figure, like grass, it must contain some essential nutrients they need. Not dog dad. At the very sight of our dogs crunching on something suspicious, he frantically knocks on windows, crazily runs outside, waving his arms and hollering at them to stop.

As he bags the goodies for disposal, they look over in utter horror, knowing that he has snatched up the last of their afternoon treats.

Today, one dog down, he still obsesses and worries over any ailments, changes in diet or even a sideways glance by the remaining pooch which may or may not mean, “What now?”

As my mother has often said, “When I die, I want to come back as one of his dogs.”
And in fact, I can think of worse fates. 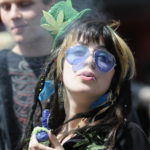 This Mom’s Reaction to Discovering Her Teenager Smoked Pot 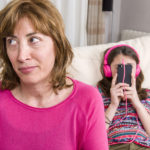 The Rise and Fall of the Favorite Child