Why didn’t someone warn me that once I hit the middle age years, my skin would lose its elasticity faster than a stretched-out rubber band? Wrinkles, I understand…but sagging? I didn’t see that one coming.

Despite the hours I spend at the gym to tone and firm what God gave me, the skin on my body still looks like an accordion. I’m pretty sure that if every crease was stretched out flat, I’d have enough skin to cover two people. There’s even excess flesh on my back . If I could pull it up over my head, I’d have a skin hoodie for all those cold winter nights.

I had to stop wearing tank tops years ago too, and not because my boobs look like they belong on a reality TV show called, “Gourds Gone South.” I chucked all my sleeveless shirts because they revealed the extra skin flaps under my arms, and I didn’t want to be mistaken for a flying squirrel.

The same goes for slinky dresses and tight jeans. No amount of sit-ups or stomach crunches can erase the effects of birthing four children by c-section coupled with years of yo-yo dieting. I doubt that I’ll ever regain enough muscle tone in my waistline to wear a bathing suit in public again. I’m cursed with a deflated inner tube that’s stuck around my middle like a droopy doughnut (minus the chocolate sprinkles). Sadly, the only part of my body that hasn’t lost muscle tone is my uterus. That particular organ is about as tough as overcooked calamari.

I need to combat these sagging parts one area at a time. Lately I’ve been Googling Brazilian butt lifts because I think a little booty enhancement would do wonders for my bottom, which is heading south at an alarming rate. If my fanny drops any lower, I’ll be dusting the floors with it….and I’ll be the first person to make it into the Guinness Book of World Records as a Human Swifter Butt.

Spanx was invented for this very reason—-to give the false impression that both my tummy and derriere are firm. Unfortunately, the tight fabric just pushes things further south until my thighs are rubbing together like mating seals. At this point in my life, I consider it pure luck that I haven’t received a free, lifetime membership to Sea World.

I’ve also noticed that my earlobes are beginning to hang a bit lower. It won’t be long before all my dangly earrings are resting on my shoulder blades. But on the bright side, if my earlobes continue to droop, they can serve as wind flaps while I’m driving down the road. At least the grand kids won’t have to worry about grandma running any red lights.

The good news about my sagging skin? By the time I’m a senior citizen, I’ll be able to tug on the drawstring of my skin hoodie to look twenty years younger.

Or maybe just swim year ’round in the warm pools at Sea World.

About the author: Marcia Kester Doyle is a native Floridian and a married mother of four children and has one grandchild. She is the author of the humorous blog, Menopausal Mother, where she muses on the good, the bad and the ugly side of menopausal mayhem. Give her a glass of wine and a jar of Nutella and she’ll be your best friend. Marcia is a contributing writer for Huffington Post, In The Powder Room, What The Flicka and HumorOutcasts. Her work has also appeared on Scary Mommy, BlogHer, Lost In Suburbia, The Erma Bombeck Writers Workshop, Midlife Boulevard, Mamapedia, BA50 and The Woven Tale Press among others. She is the author of the humorous book, “Who Stole My Spandex? Midlife Musings From A Middle-Aged MILF” and is an author contributor to four other books. Marcia is a BlogHer Voice Of The Year 2014 recipient and her blog Menopausal Mother won VoiceBoks Top Hilarious Parent Blogger 2014. She was also voted top 25 in the Circle Of Moms Contest 2013. You can also find Marcia’s blog on Facebook and Twitter. 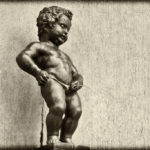 What Toilet-Training My Son Taught Me About Myself 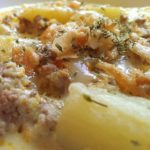