Remember those games of childhood like Musical Chairs and Duck Duck Goose? There are others, games of elimination, games of anxiety and racing and then being “out.” I remember a preschool Halloween party. One of the activities was Musical Chairs.

I know my son and immediately thought “uh oh.” He hates competition, and especially elimination activities that are aggressive, fast, and frankly pointless. Where is the fun? I don’t see it. Cupcakes. They’re fun. Mud pies. They’re fun. Being singled out and sent to the side of the room? Not so fun. When it was announced, he said “I don’t want to play, Mom.”

“You don’t have to bud, just move your chair to the side.”

Within seconds, ten other kids followed suit. They’d found an ally. My son wasn’t playing? What was this anarchy?

One-by-one came up to me and whispered, “I don’t want to play either, I don’t like this game.”

Smart kids. They didn’t want to chase each other around the room and slowly, painfully eliminate their friends.

Who made up these games? Is this training for The Hunger Games? The Wolf of Wall Street? Why? They’re three. THREE. How is it fun to make another kid feel left out?

I get that these games have been around a long time. I can hear some grandfather saying “Oh, a little competition never hurt anyone, makes him tough. It’ll make him a man.” I don’t need him to be a man. He’s a kid. He likes sandboxes and cuddles and feeling loved. Is getting kicked out of a group activity a three year old’s idea of fun? I’m going with “no.” And, if it is, watch out for that kid later in life. Seriously, he’s your future nightmare.

Not many kids like those games; at least, I never did. Oh, the anxiety; the finger pointing. Can’t we all just get along?

Most adults don’t like to be left out either. Smart, smart kids. 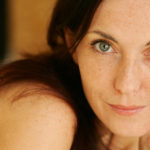 You With the Brave Heart 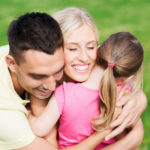