Finding a good family doctor is a daunting task for any mother. To decide whether or not your child’s pediatrician is really “the One”, it can feel like there are countless factors are in play, ranging from whether or not the doctor is accessible after hours to what their specialties are to how comfortable they are with any supplemental information you find off of Google. Your child’s pediatrician should be someone who helps to guide you through those worrisome early days when it feels like you’re doing everything wrong, reassures you of what you’re doing right, and patches your child up when things get a little bumpy.

Equally important is finding a doctor for yourself. Doctors are among the few professionals we interact with in an open, exposed, and completely vulnerable way; they have a tremendous influence on our health and well-being. Now, take all of these issues, and compound them with relocating to the Middle East, where one’s perception of “pain” might be another’s person’s “mild discomfort”, or “second door on the right” means the next building over. Here is a list of some of the strangest scenarios I’ve encountered when interacting with medical professionals here in the Middle East:

When my doctor sent me for an ultrasound for irregular bleeding, the male technician had a field day moving the instruments everywhere but where they needed to be, asking constantly, “I see one ovary. But where is the other ovary?” In my bag, what the hell. Throughout the ultrasound, he questioned my use of an IUD (“Did you get it here? Which company is it from? Is it paining?”) and made sure that on the final scans, there was an arrow pointing to it with capital letters “IUD”. Very helpful.

This is the most common of the offenses. You can get tested for the most random things in multiple different ways- and yet, in the end, no one can tell you what’s wrong. My last six months can be summarized by symptoms: pain in my stomach on the lower right side, back pain that could stop me in my tracks, and constant nausea. My doctor sent me to take test after test trying to figure out the cause, short of sending me to a specialist. In the end, the mystery problem conveniently just “went away.”

Everyone loves shopping festivals in the Middle East. It’s when all the exorbitantly priced items go on sale, approaching prices you might actually be able afford. Going to an ME doctor feels just like one of those shopping binges- you come out of the clinic with so much more than you actually needed. The average “common cold” check-up to the doctor yields two large bags chock-full of pharmaceutical delights, like nasal decongestant, cough medicine, antihistamine, pain relievers, cough medicine, and antibiotics. The more the merrier, apparently.

“Seeda” is a common word in the Middle East. On the one hand, it means “go straight” and, from what I’ve witnessed, also means something along the lines of “take a left at the second hallway on your right, in the next building over.” And on top of that, here in the ME, even if the person you’re asking has no idea at all where the doctor’s office is located, they still have the need to confidently supply their best guess, apparently based on calculations from an alternate universe. You will never find someone in the ME who says, “I’m sorry, I don’t know where that is. You should ask someone else.” No, you’ll have an entire crowd of people using hand gestures to describe where the office is, though no one is ever willing to show you exactly how to get there.

Everyone questions their being physically present at all when they are cut in line (which sometimes isn’t even a line, more like a flash mob) by a local just as they get to the counter. Or better yet, they stand very very close to you and chitchat with the receptionist, while you stand behind them on feet sore from waiting, waiting tight-lipped for your turn. It’s at those times, you wonder, “Am I even here?” No acknowledgment that you were ahead of them in line. In the government hospital, there’s actually a button to press when you’re in a queue, stating whether or not you’re a local or not. There is no consideration for who you are or how long you’ve been waiting. If you’re not a local, you don’t exist.

Just a spoonful of sugar

Is the cure for mental illness, apparently. I went with my then 10-year old to a male doctor and filled out the necessary forms for us both to be seen. The male doctor ignored me and treated my son and it was only towards the end of the visit that he asked me, “Is there something you need?” I told him that I had been feeling very depressed over the last few weeks and didn’t know what to make of it. I think I stopped talking when I saw how uncomfortable he became. He stayed quiet for a grand total of 30 seconds, which was probably the amount of time he needed to go through his mental file of treating female patients, and simply said, ‘I think you should have a teaspoon of honey every morning. You will feel much better.”

This author has chosen to publish her piece anonymously. 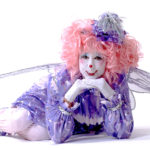 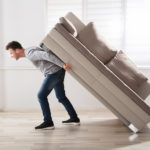