The world is a troubled place. The murders, protests, the activity of ISIS in Iraq, earthquakes, child abuse, corrupt politicians; it’s almost too much to bear. That is why I will not let my children know about any of it.

Ever since my children were born I have struggled with lying to them. It started small, wondering if I should even tell them about Santa Claus, because I didn’t want to build them up just to reveal later that it was a lie.

Can you imagine having the two people you trust most in the world, your parents, lie to you? They convince you there are elves on shelves, bunnies that hide eggs, fairies that take teeth, and then later reveal it all to be false. If they lie to you, who would ever tell you the truth?

I decided to engage in the magic of all of childhood’s mythical characters, and I do not regret it. There is nothing quite like seeing their faces when they realize the elf has moved or that there are presents under the tree that weren’t there yesterday. I only hope they forgive me when they realize it was all me and not Santa.

These deceptions are already hard enough. So, whenever they ask me a question, I feel compelled to be as honest as possible without completely bursting their innocent bubbles.

Yes, for 8 and 5, they still have such pure souls. They think that if they wander off, the worst that would happen is that some other person would take them to their house and not let them watch TV or buy them toys.

Can you imagine trying to explain to them what happened in Ferguson? They do not see a person’s race. When they describe someone it is by the color of their shirt or their hair. It is never by their skin. So, how do I tell them that the police shot and killed someone, possibly because they are black, and now a whole town is so tense that it may burst at the seams?

They wouldn’t understand what that meant. Why would anyone hurt anyone else on purpose? And why would it matter how they looked? I have no way to explain that to them, because I don’t understand it myself.

I look at my son and see a little boy who has so much compassion in his heart that he wants to become president to help homeless people. He wants to be a soldier and engineer to honor his family, many of whom have been both. When there is a canned food drive, he does more than find the wax beans in the back of our pantry to donate; he takes me to Giant Eagle where he can buy a flat of vegetables to go along with boxes of pasta so the hungry can have a complete meal.

He astounds and inspires me every day. I try to be more like him; to get a slice of that innocence and generosity of spirit. So, why would I ever want to dim that light? I know it will happen, but I don’t want it to happen yet. I want to hold on to it for as long as I can, because there will be more years where he sees the world for what it really is than he doesn’t. But I hope beyond hope that the time he lives ignorant of the darker aspects of human nature stay with him so that he doesn’t forget that you can be generous in spite of some of life’s harsher realities.

So, I will not lie to my children, but I will not heedlessly shine a light on current events. Someday, maybe. But not now. 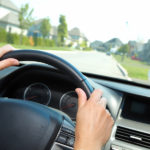 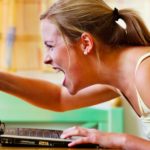 The Top 5 Horrors of Online Dating Sites: Intel From a Late 30s Novice