Parenthood feels a lot like an enormous and complex government bureaucracy. Surviving it and emerging victorious is like living in a permanent session of Congress. Both Congress and parenthood are complicated, long and divisive. Just representing competing interests is hard enough, but democracy falls by the wayside when both parties try and push opposing agendas.

So, I present the top ways my house is like the United States Congress: 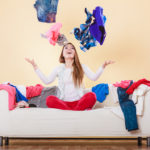 Halfassing My Way to Happiness 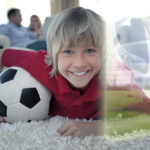