Do you know how hard it is to admit that aloud, much less on paper for the whole world to see? Hard, so so hard. I say it though to give hope to the mothers of children who are subjected to the meanness or the teasing that puts others down. Even more important, I say it to the mothers of the excluders, the daughters who may be popular and use their status to push others down, subtly or inadvertently or in a spirit of meanness. I was that child. The seemingly over confident child, a lanky girl with her blond hair cut into a cool style and confident smile. That was the outside, happy, sassy, and outgoing.

Inside, I was desperate to fit in with my small private school group and I did, pretty easily, minus the few run of the the mill blips of girlhood. I remember each of those blips though, in glaring detail. Could this mean that they were processed by my childish mind and interpreted not as casually as my mother may have thought? Did she even know? I doubt it. I did not volunteer this information that would have portrayed my vulnerability and she did not ask. In hindsight, they were blips but at the time they were heartbreaking and my mother nor any other adult even thought to ask questions.

My history was not an excuse but if we want to get to the root of the mean girl, we must consider the background so we can better end this dangerous phenomena. I longed to be the best friend of Annie Smith. That is my first feeling of real hurt as she had been claimed by another suitor, a girl that I perceived prettier, smarter and funnier than myself. I was in the third grade and heartbroken. Annie was clueless, her light and airy self, and had moved to a new school. Always inclusive, the slight went over her head but it went straight to my vulnerable heart. My first real experience in realizing there was not room for three. Perhaps that initial pain spawned my own hardness, perceived and now reaching its’ tentacles to others. That feeling of power grew and looking back I can see the other cliffs that propelled me on that journey. No one caught the signs and certainly they were subtle, but I remember them yet worked craftily to keep my feelings buried and hence, my need for control. A dangerous game that can unwillingly make  a child become the mean girl.

I’m sure it did not happen overnight, but I remember the growing cattiness in my self and the teasing, a perfect example of a mean girl. My mother, clueless about what happened at school or in our kid-filled neighborhood. It was not until another mother called her to report my unkindness that I was dealt with, particularly the part of me that had become merciless in my teasing. I remember getting a call from the office that my mother was on her way to get me and being filled with a sense of dread. I waited out on the sidewalk by the bleak winter playground of my small school. Recalling that dread, I must have sensed the havoc I had wreaked and fortunately, was coming to an end. The minute I got into the car and looked into her eyes, the tears began to fall. I was caught and felt so relieved and ashamed all at the same time. Most of all though, I felt love. Whatever the dark place had hidden, it was out in the light now. Freedom.

I was the mean girl. I still have a tendency to tease and perhaps, sometimes push the limits. I try to watch myself but I know I err every so often. I like to think that the mean girl is long gone though, I truly enjoy people and love getting to know their stories. I have become softer over the years, experiencing death and tragedy will do that to those that have faith.

Please consider the mean girls as exactly what they are, girls that are hiding pain or secrets and in seeking power and control, the meanness presents itself. Offer love, lots of love and hugs and conversations and chances to talk over making lunches in the morning or lying in the beds of little people each night. Make sure you catch the blips that come your way and consider the girl that is mean as just a little girl, like I once was. I was her. She was me.

About the author: Adrian H. Wood, PhD is a rural Eastern NC mother of four, one with extra special needs. Past preschool teacher, nanny, children’s ski instructor, early interventionist, college professor, early childhood researcher, wife and full time mama. In writing after a twenty year hiatus, she offers personal glimpses where satire meets truth, faith meets irony, despair meets joy and this educated debutante escapes the laundry and finds true meaning in graceful transparency. You can follow her on Facebook, her website and on Twitter. 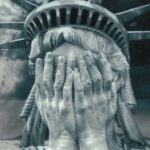 I Will Not Speak The Words – President Trump 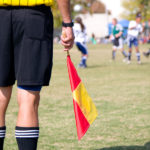 Bullying Teenager Referees Is Not a Spectator Sport