This season Manulife is creating a movement of gratitude and paying it forward kindness during the Christmas season. We hope that by sharing our stories (as varied as they are) of #LifeAdvice and #gratitude we can amplify the conversation and encourage more people to think of sharing these types of kind gestures over the holidays.

Life advice sometimes comes to you in funny ways, and while some of our stories may seem a little strange, they all contain advice that we feel strongly about. BLUNTmoms is here to show that even on a bad day, there is something good that can occur, and that simple things sometimes make the biggest impact in your life

My grandmother was short, chubby and meek. She had a squeaky voice like the little grandma in Tweety Bird cartoons and her favorite things to do were watch soap operas, line up a thousand treats for her fat little dog, and smoke. When you told her something interesting, instead of saying “Really?” she would say, “Oh?”

My memories of my grandmother contrast greatly with the stories my mother tells of a fresh-faced firecracker, who, during frigid Michigan winters, smuggled moonshine back and forth for her dad in a long trench coat, because nobody would suspect a twelve-year-old girl of doing such a thing. She even met Al Capone and shook his hand. As a teenager, she played guitar and sang in bars to bring in extra money for her family.

Later, when family gathered at her and my grandfather’s Miami home, everyone would sit poolside and listen to my grandparents sing while my grandmother accompanied on guitar. And she took no guff. Once, her much-taller-than-she-was adult son said some crude thing to her and she knocked him right on his rear and reminded him who his mama was.

But when my grandfather spoke to her harshly, she took it with a changeless, placid expression. I always wondered why she didn’t tell him where to go. Grandfather was a rough sort and had his flaws, especially when it come to being a loving husband, but he wasn’t all bad. He taught my sister and me the old “where’d my finger go?!” trick, and used to pop his dentures out at us to make us squeal with laughter.

My grandmother quit smoking in her sixties, too late, since she still developed lung cancer ten years later. My grandfather, after decades of treating her roughly, and now faced with losing her, finally realized how much my grandmother meant to him. He wanted to care for her, but he’d never really cared for anyone before and was therefore unpracticed as to how to do so.

As my grandmother battled her illness, the telephone became one of her few remaining enjoyments. Since grandfather was gone much of the time, and was not much of a communicator even when present, my grandmother used the phone to feel connected to her loved ones—to humanity, to life—even as death pulled her further and further from all of it. The phone was literally her lifeline. But as the radiation and chemotherapy poisoned her, my grandmother became too weak to hold the phone up to her ear. She became depressed and inconsolable over losing her precious lifeline.

Then, something astonishing happened. My rough and tough grandfather bought her a headset so that she could still talk on the phone without having to hold it up. He was so proud of himself for having done something so thoughtful; he’d stepped way over the boundaries of what was comfortable for him.

Sadly, my grandmother’s health rapidly declined and she became too ill even to talk on the phone, and the new headset remained unopened. She died before she got a chance to try it out.

In spite of always having thought of my grandfather as a gruff, unemotional sort, watching him waste away in the months following my grandmother’s death was the most heartbreaking testament to love that I have ever witnessed.

My grandfather was certainly not one to offer up sage words of wisdom, but I nevertheless learned from him about the importance of expressing love and gratitude in the now. Sometimes “now” is over before you expect it to be. Sometimes moments of wellness dissipate far too quickly.

Because of my grandfather’s heartbreak, I feel a heavy obligation to tell my loved ones what they mean to me now. Perhaps it’s a morbid thing to ask yourself, “If this were the last time you saw a person, would they know what they meant to you?” But I don’t care, I’ll say it anyway. If I love you, I’ll smash my adoration all in your face. I’ll make the both of us blushy and uncomfortable if I have to.

I don’t ever want to be left crying over an unopened package of headphones.

Visit the Manulife blog for more details on what they are doing to share gratitude this month, or pop onto the #LifeAdvice hashtag on Twitter and start sharing the best life advice YOU have received!

This post is sponsored by SPLASH Media Engagement on behalf of Manulife.

@Manulife is asking you to spread some positive by thanking those in your life who have given you great #LifeAdvice. Take a moment to #PayItForward by thanking someone important to you. 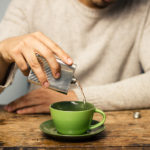 I Ran Away From Home Last Night 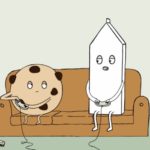 Why Puns Are Awesome