Can anyone tell me what it is about getting your diaper changed that is just so freaking terrible? Every time I try to change my kid’s diaper, he flips his shit. Like, not just figuratively. I mean, he kicks his little legs around like a freaking propeller and splatters crap all over the place, turning what could have been an easily-disposed-of mound into a freaking shit grenade.

You know what I love? Spending hours trying to scrub crap stains out of the carpet so we don’t get charged $156,987 dollars to replace it when we move. Because, you know, even if there’s one tiny shadow of a shit stain on the carpet, they have to replace the whole damn thing. In every room. In the whole house. And apparently they use some kind of unicorn hair shag rug.

You know what I love even more than cleaning shit off the carpet? Cleaning shit out from under my fingernails. Or, even better, I love not cleaning shit out from under my fingernails, and then later mistaking it for brownie batter and removing it with my teeth. That’s the best. There’s nothing quite as satisfying as the sweet taste of turd on your tongue and literally flossing crap out of your teeth. At least I can tell my dentist that I’m finally flossing on a regular basis. It’s exceptionally difficult not to get a little caca in your crevices when your toddler thinks he’s the freaking Karate Kid of keester cakes. I mean, it’s amazing how little shit goes such a long way.

You know what’s almost as good as shit shrapnel? Getting roundhouse-kicked in the face when you’re trying to wipe that lovely area between your kid’s tightly clenched butt cheeks. I mean, how does a two-year-old even have the leg muscles to simultaneously keep his legs locked tighter than a harpaxophobic’s front door and also boot you in the jaw? Seriously, if girls could keep their legs closed like that, MTV would have to cancel Teen Mom.

It’s like this sick game: He tries to keep his butt out of sight to lure you in closer, so you have a clear view of any remaining poop particles. Then once your face is within foot reach, BAM! Bloody nose. I guess there is the perk to having a disabled nose, you can no longer smell the fecal flambé festering in front of you. Little consolation when you know that now you’ll have to scrub blood stains out of the unicorn hair carpet, too.

Oh, and if you manage to dodge the face kick, he goes for the hoo-ha instead. I love gnarly toddler toenails in my vagina. Sometimes, the only way to get a good angle on the poop is to splay the kid in front of you, using your legs to pin his arms down so that he doesn’t use his tiny hands to mold crap cakes out of the mess in his diaper, and then try to feed them to you. Because who doesn’t love crap cakes? Unfortunately, this position leaves your lady bits exposed. And I mean, why wouldn’t your kid want to kick you so hard in the taco that your ovaries almost lay an egg on the spot? It’s not like he owes you anything. It’s not like you squeezed him out of the very spot he’s trying so adamantly to demolish.

Guess what, kid? You’ve already done that. Gold star for you!

I suppose it’s just hard for me to imagine not appreciating getting your butt wiped for you. And not just wiped, but patted with a moist towelette, pretty much like those fancy things they leave on the table at nice restaurants. I mean, we’re talking first class treatment here, not like the sandpaper rolls I buy in bulk at the dollar store. That’s another thing I love: scrubbing my ass raw, while my kid can’t even appreciate the royal treatment he’s receiving. Maybe he thinks he deserves an after-doo-doo mint, too, or something.

Whatever the reasoning behind his excrement-capades, let’s just say that I, my face, my lady bits, and my bank account are looking forward to the day when my kid finally takes his rightful place on the porcelain throne. Although I’m sure he’ll find a way to crush my fingers with the toilet lid.

Until then, maybe I should just invest in some gloves. And a football helmet. And a tarp to cover the carpet.

Or maybe I’ll just put him on a liquid diet.

Samantha Wassel is a Stay-At-Home Mama to the cutest twin toddlers in the history of all Toddlerdom. When she’s not running her borderline-offensive mouth, she’s running masochistically long distances, often with the aforementioned toddlers in tow. She enjoys reading, writing, running, complaining, photographing, playgrounding, and chocolate. Because…well…chocolate. Check her out at http://betweenthemonkeybars.blogspot.com/. 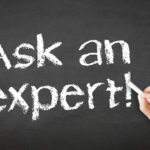 How To Make Important Decisions For Your Child 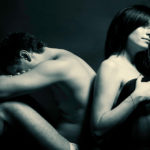 Pregnant and Ambivalent, A Sad But True Story 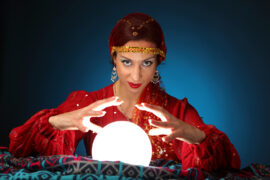 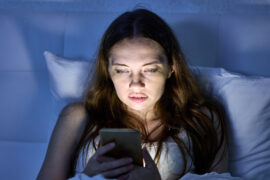