What?? Did I just say that?

Okay, here goes… this is an obviously touchy subject for many, with a hint of embarrassment.

Of course, we can simply tell our teen daughters to abstain from any sexual relationships until marriage (I have done so a great number of times), although simply stating and demanding so isn’t ideal, but best if we have this open, and honest conversation with them.

To be honest, I’d rather stick my head in cow’s manure, get kicked by a mule, or spat on by a llama, however, I also know that if I don’t have this strangely weird talk with her, then she’ll only perhaps be influenced by her peers, future boyfriends, and movies as well.

Let’s face it, this very taboo and shunned-upon subject will be frowned upon by so many, but in my opinion, I believe it is best to be safe rather than sorry. Teens will also be compelled to speak about sex and intimacy more openly if we initiate this conversation.

Nowadays, vibrators are so very discreet and come in all disguises. I’d rather this, than becoming a Grandma in my early 40’s! So, how the heck do we approach this issue, you may ask? I simply do not know.

I don’t think so. Not a chance in hell…

Can you imagine your relatives’ response when your daughter would open this on Christmas morning, buzzing about, under the tree!

That is literally cringe-worthy. All in all, this is something to really think about, and contemplate if you are ready, and willing to risk having a “teen mom daughter.”

When you see that in so many parts of the world, including Canada and the United States, the horrid act of female genital mutilation still goes on toward millions of infants, children, and teens, insinuating that females should not feel pleasure.

My consensus is that we, as women, need to embrace and respect ourselves, and our bodies… hence the question, “Should we have the discussion about vibrators?” (or intimate massagers, if you want to be a little more politically correct).

Sandra Pomar is an exceptionally busy, worn out, beyond exhausted Mom of five. She has worked as an Educator in Montreal, the United Kingdom, as well as Calgary.  If she isn’t cleaning up poo, snot in hair, or pee all over the floor, she is arguing with her teen about hogging the bathroom 24/7. Her undying love for children has led her to volunteer for The Make a Wish Foundation, POPS-Les Enfants de la Rue, Christmas in July children’s toy donations, the NSPCC which is the UK’s leading children’s charity, preventing abuse, and helping those affected to recover. Sandra’s motto is “ Every child should go to bed at night feeling safe, loved, and well cared for.” Her mission and desire in life is to help children worldwide experience laughter & joy. Instagram.com/Busydisneymama  http://Busydisneymama.simplesite.com/ 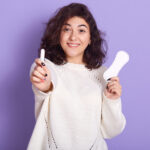 A Note From The Girl Who Grew Up Hating Her Period 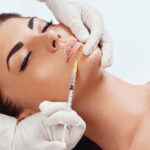