Yesterday on Facebook, I saw a picture of 21 men kneeling on a beach. Wearing orange jumpsuits with faces turned down in morbid acceptance, I realized that what I was seeing was not actually a picture, but a screenshot from a video depicting their slaughter at the hands of ISIS.

Instead of liking this post, commenting my support, or sharing it, I directed my cursor to the top right corner. I selected the pull-down and scrolled through options until I came to the one I was looking for:

Yes, I hid the post. I hid it and I continued through pictures of smiling children, food, and Buzzfeed quizzes.

You may wonder why I would do such a thing. Don’t I care? As an American, a mother, and person of faith, shouldn’t I want to see what’s going on in the world?

To answer those concerns, I say simply this: I do such a thing exactly because I care.

My heart is heavily burdened by these images. They are viscerally disturbing, affecting my dreams at night. They strike fear into the core of me until I spend time paralyzed with concern for the future of my child, my church, and our world.

Don’t be mistaken; I am an informed citizen, active in my community. I don’t hide my head in the sand. There are actual reasons I don’t wish to see these things. Moral concerns that are not being considered in our consumption of such images.

Evil exists. But that doesn’t mean we must be spectators. 24 hour news cycles stay alive by ad revenue. In order to remain relevant and competitive, they have regressed to shoving shock-fodder down the throats of society. YES, these atrocities are happening. YES, we should know about them. But that does not mean evil should be awarded an audience.

Which leads me to my next point: Giving terror a platform.

If the sole goal of ISIS was to kill Christians, they would never have purchased a video camera. By disseminating these videos, our media is being exploitive at best. At worst, they are giving the message of terror a platform, and in doing so, encouraging further monstrosities to be recorded.

There is sanctity in life – and also in death.

Have you ever wondered if these events would be covered similarly if they were American lives? How the families of the deceased must feel about the outright slaughter of their children being broadcast to millions? Do these victims deserve for their legacy to be the publication of their horrific deaths? Mass murder should not be featured in a Facebook scroll bar.

The very definition of terrorism is this: The use of violence and intimidation in the pursuit of political aims.

Let me ask you, America: After seeing such horrific things, are you intimidated? Are you terrified?

Because this is exactly what ISIS wants.

ISIS relies on our consumption of media to spread the message of fear that they are writing with the blood of innocents. We must be informed, yes. But is information truly what we are seeking in these graphic images?

I have to wonder if our watching these videos, if our sharing of these photos, is a need for something else entirely.
As an American, a mother, a person of faith… a human being, I absolutely want to know what’s going on in this world. But for the reasons above, and hundreds more that I cannot adequately convey…

I don’t want to see this. 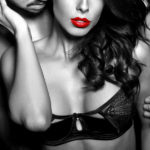 The Women of Ashley Madison – The Cheetah’s Spots 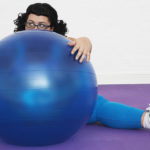 8 People I Love to Hate at the Gym