Have you heard of Juuling? E-cigarettes have become a major parenting challenge because there is a perception that these are safer than tobacco and they appeal to younger people because they are less expensive. You hear about it on the news, but is your kid already Juuling? It’s scarier than many of us realize.

They aren’t safer. One JUUL pod contains 20 cigarettes worth of nicotine, that’s like 2 packs of traditional cigarettes. Also, kids who use e-cigarettes are 30% more likely to smoke traditional cigarettes within six months. It’s like a gateway to smoking tobacco. Beyond that, nicotine has been shown in a recent study to prime the reward center of the brain for harder drugs.

It isn’t just nicotine, though that is problematic enough. Beyond that there are all sorts of ingredients that may or may not be safe for humans, like propylene glycol which can cause acute and chronic respiratory effects in theatrical fog format and the flavors can contain potentially cancer causing chemicals. Benzoic acid is another ingredient which hasn’t officially been deemed safe for consumption.  Because they don’t have tar, they “go down smoother” which makes them a lot more addictive. They also contain three times the nicotine permitted in the EU.

So what do you do?

Talk to your kids. Explain the risks. It might be cool and trendy but it is not going to benefit them in the long term. Just like anything, spend time connecting with your child and explaining why you are concerned. The thing is, kids often get their information from their peers and if their peers aren’t aware of the risk, they might be getting really bad advice.

Show your kids this infographic, SHARE it with your community, let other parents understand the risks!

There’s a lot of scary stuff out there that we have to face as parents, and JUULing is just one more thing to deal with, unfortunately. With the right information, you have a really good opportunity to make an impact and help your child protect their health and make better choices.  Lets spread the word and educate the people around us! Share, Tweet, Re-gram. Do what you need to do to get the correct information out there! 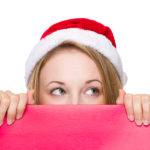 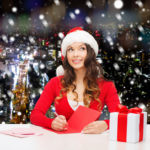