For years I had dreamed of working for myself but I was too chicken to give it a try. My hubby was the first of us to venture to the world of the self employed. I was the one with the great benefits and steady salary and I wasn’t willing to risk them.

Although I envied his freedom and his chance to make something of his own, the thought of not knowing how much I would bring home each month, let alone both of us not knowing, terrified me so I toiled away at my university job. Then things changed at the university and the dream of being self employed started to rise to the surface again.

I got a crappy boss and no longer loved my job. I hated to going to work. As miserable as I was, I still could not get myself to take that leap into the world of not having a steady pay cheque.

Then IT happened, I was laid off. I was not surprised. I thought it might happen and had been looking for another job. But it was still a HUGE blow to my ego. Even though I thought the university was going downhill it was a blow to have my position eliminated.

When I told my hubby I had been laid off, he reminded me of something. He said, “Great! You’ve been wanting to leave and start something else and now you can, you got a package, right?”

Thoughts of all the times I complained about my job in the last year, joking about welcoming a “package” and going off on my own swirled in my head.

What followed over the next few weeks was a lot of thinking and talking to good friends and my hubby. The experience made me realize how much support I have from my friends and family and led to an awakening. Yes, I had wanted to leave but, as I’ve mentioned, I’d always been too chicken. My friends and family kept telling me how this was a good thing. No more crappy job and crappy boss. I had time to think and decide what I wanted to do without having to worry about money for at least a few months.

After nursing my bruised ego for a while, I started to embrace being laid off. Was it not, in fact, what I had wanted deep down? Yes, it was and now I had no excuses to be a chicken anymore!

I won’t bore you with details but it has been two years since I was laid off. It hasn’t been easy, but I took the plunge and am officially self-employed. I started one business and failed but picked myself right back up again.

I have found myself, professionally speaking. I have my blog, I have my writing and I have my passion of working in social media. A passion I didn’t know I had until I was laid off.

It hasn’t been an easy road, it hasn’t all been flowers and balloons, and I’m certainly not making anywhere near the salary that I did when I worked at the university. But you know what? I’ve learned that I can live with that.

I’m happier. I’m doing what I love. I have the flexibility to pick up my daughter every day from school, something I didn’t have the option of doing before. So what if I make less money? We spend less (most of the time), and I’m still working away and building my business. If times get rough, I can take on contract work to supplement my income.

If you had asked me 10 years ago, or 5 years ago or even 3 years ago if I would have taken that plunge, I would have said, “no bloody way.” Now here I am. I work freaking long hours but I’m happy, the happiest I’ve been in a long time. I know I’ll get to where I want to be by continuing to work at it. The story is not done by a long shot and I’m having fun writing it as I go along.

Sometimes being laid off isn’t such a bad thing. Something being laid off can help you find the passion for life and for work that you didn’t even know was missing.

being laid offfinding your passionfollowing your dreams
0
Author Michelle Sutter

Michelle was born in Vietnam and raised in Vancouver since the age of 2. Her dad was a native of Vancouver and mom was from Vietnam which is where her parents met. She's proud of her heritage and even prouder of her daughter even though she's becoming a moody teenager. Thankful for her supportive hubby even when he's being an idiot and acting so like a guy sometimes. Loves to read, loves animals, really loves food, has no tolerance for racism, bullying and stupidity. She can be outspoken but doesn't like to offend unless you've really ticked her off. Last but not least is a protective growly mama bear. Other than that she can be easy to get along with. 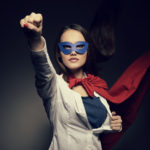 Today, Mommy is a Goddamn Saint 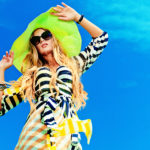 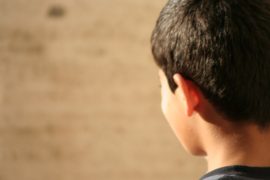 Do Boys Get Easier with Age?