Scene: My office, circa 1996. Awkward small talk between me and a coworker I had nothing in common with.

Him: So, big plans for the weekend?

Me: I’m taking daughter to see Hunchback of Notre Dame.

His expression was pinched, like his underwear were too tight.

Him: I’d never take my kids to see that! It’s scandalous.

Me: Uh…are we talking about the same thing?

Have you ever seen someone eat a lemon?  That’s exactly what his face looked like.

Him: Yes. I don’t approve of the way Disney has sexualized Esmerelda. Have you seen the previews that showcase her lewd and lascivious dance moves?

Me: I have to sharpen pencils now, bye.

I actually had to look up the word lascivious, people.

My daughter was four. I figured a little sexy dancing by a cartoon character wouldn’t do too much damage, so we saw the movie and had a great time.

I avoided my coworker like the plague after that.  Weirdo.

Today, my daughter is 23. She’s a confident, smart, kind human being who (mostly) has her shit together. I like to think I had something to do with that. Some of my parenting tactics during her formative years might be viewed as questionable today. Actually, they were probably questionable back then, but she survived. So did I.

I took her to see every Disney movie that came out. I bought each one as soon as they came out on VHS so she could watch them on a loop anytime she wanted to. That’s right. Any time. I was a struggling single mom. The TV was the babysitter more often than I wanted to admit and the unnaturally orange boxed mac n’ cheese – the generic kind, not Kraft because I was living paycheck to paycheck – was dinner more often than I liked.

No one talked about screen time, sensory play or helicopter parenting in the 90’s. For example:

I rinsed her mouth out with soap for dropping the F Bomb when she was five.

When she was six, I told her the Grinch would come and steal her Christmas presents if she didn’t behave.

I tricked her into going on Space Mountain with me when she was eight. I told her it didn’t go upside down…since it’s an indoor roller coaster, she had no way of knowing.

She survived. We still speak. She even says (mostly) nice things about me to other people. Today, she is married and responsible.  She has two five-year-old brothers (and yes, I know there’s a big age gap between my kids, thankyouverymuch) and although I like to think my parenting tactics have slightly improved, I’m still not expecting  the Mother of the Year people to knock on my door and hand me a trophy.

I came across this article by Liz Nieman the other day: Why I Won’t Let My Daughter Watch the Little Mermaid. I’m a redhead, so of course Ariel is my favorite Disney Princess.

I read it. I’m down a few brain cells, so fair warning to you.

The Cliff Notes: Ariel is a sellout because she puts a man first. Liz attaches particular significance to the fact that Ariel struck the deal with Urusula (love her…I’m always a sucker for the bad girl) and gave up her voice for the chance to walk on two legs and woo Prince Eric.

There seems to be some symbolism attached to Ariel giving up her voice although Liz kind of loses me here. The phrase “no one puts Baby in a corner” kept popping into my head.

I could go off on a tangent about why it’s bad to sign a contract without reading it, but I’ll spare you. Bottom line, I think Ariel made a sound choice.

While being a mermaid would definitely be cool, who could blame a girl for wanting to hang with the two-legged folk? All that salt water was probably drying out her hair and besides…how the hell do mermaids poop?  Does anyone else wonder about this stuff?

The author also throws darts at Bambi because she had to witness the untimely demise of her mother. Oh, Liz. How many times does the movie Bambi refer to him as the freaking PRINCE of the forest? She goes on to give some jumbled criticism of The Lion King, Old Yeller and the Fox and the Hound.

Liz has her undies in a bunch over the fact that animals die and that Disney movies are traumatic for children…or maybe sexist. I was confused by exactly what the point was.

I was even more confused by the next post which was all about what Taylor Swift songs she wanted her kid to listen to. Ariel bad. Taylor good.

Here’s the thing, parents: you have to decide what’s okay for your kids to watch. If you think the Little Mermaid sends a bad social message (I can’t type that with a straight face) then watch something else. Don’t let them watch until they’re older…or talk to them about what they’re seeing and find out if they have questions.

It seems pretty simple to me.

I remember my daughter asking me all kinds of profound questions about Disney movies, such as:

Why doesn’t Pooh wear pants and why doesn’t he have a regular butt?

I was sort of stumped, people. I made her invite someone she didn’t like to her birthday parties because it was the polite thing to do. And for the love of all that is holy, I really wish Disney would get some freaking consistency in character pants wearing. You know you’ve noticed it, too.

My point is, she talked to me when she had a question about something she saw on TV. She understood cartoons weren’t real and didn’t seem to take them seriously. Me? I watched hours and hours of the Bugs Bunny Road Runner Hour growing up…I never thought it was okay to drop an anvil on someone’s cranium.  I understood the difference between cartoons and reality and so do my children.

I’m not claiming the Little Mermaid is a shining example of female empowerment. I’m not knocking Liz’s choice not to let her daughter to watch it.  But, we can find the negative in anything if we look hard enough, right?

I never relied on cartoons to teach my daughter who she should be as a woman.  That was my job. I think she turned out great.

Now, if you’ll excuse me, I need to dig out that copy of the Little Mermaid…it’s around here somewhere. I’m pretty sure my two 5-year-olds haven’t seen it. I could give you some BS line about wanting to use it as a teaching point about female empowerment and healthy relationships…but nah…I just really have a hankering to watch it about now…it’s been awhile.  Thanks for the reminder, Liz.

(This post originally ran on Ripped Jeans and Bifocals.) 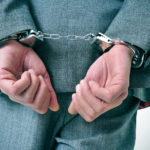 If You Were a Rapist, Would YOU Admit It? 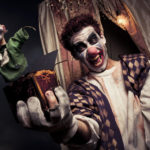 The 10 Worst Children’s Toys Ever Invented