“Happy Hunger Games! And may the odds be ever in your favor.”

Well, not exactly the Hunger Games, but the very best version of it that the Democratic party can muster…The Purity Games! If that sounds nasty and like something no one should want to participate in, that’s because it is.

Now that Biden has chosen Kamala Harris as his VP, the Purity Games will commence, like it or not. You would think we would have enough on our hands fighting off the Republicans and their Russian disinformation campaign, but no! We need to spend what precious leftover time we have trying to devour our own! So let’s get this over with right out front…

Joe Biden is not the perfect candidate.

Kamala Harris is not the perfect candidate.

If you were expecting perfection, you are in the wrong country. On the wrong planet. That does not exist here, so stop talking about it. I’m sorry that Bernie, Warren, Booker, Klobuchar, Kanye Fucking West or whoever you wanted isn’t the candidate. Get over it.

Because you know what? Problems or not, they are both completely qualified for the jobs they are running for, unlike the current POTUS, who is so ridiculously out of his depth after being in the position for 3 and a half years that we should all be ready to vote for freaking rotting onions in order to remove him. And as lovely as a viable third party candidate would be, that isn’t a thing right now. It’s an either/or choice….and not voting is still a choice.

The GOP has no problem nominating, and then voting for, a lying, racist, bankrupt, gameshow host with a third-grade vocabulary and no working knowledge of his job. He smears himself in the dust from the bottom of a bag of Cheetos and parades around with a dead marsupial on his head all while mocking disabled people, women and people of color at every available opportunity. And yet…here come the Democrats with all their talk about why two senators, an 8 year VP, and a 6 year California state attorney general might not be just exactly perfectly right for everything they want.

Biden/Harris are not Nazi sympathizers who think actual Nazi’s are “very fine people.”

They are not child traffickers who imprison legal asylum seekers at the border and then forcibly remove their children from them for “adoption” by American families.

They are not science deniers that will turn away from doctors and medical experts, leading to over 160,000 American deaths (and counting)  while repeating talking points from someone who believes that infertility is caused by having sex with demons.

They are not hucksters that will peddle their hotels, jewelry lines, handbags, and canned beans from the Oval Office.

They are not racists who will tear gas and fire upon peaceful protestors so they can hold an upside-down Bible in front of a church for a campaign commercial.

And they are not perfect. Neither are you or I.

But they are able to do the one thing Donny hasn’t managed in the last 3 ½ years of kissing up to Putin, degrading the office of the President, lining his own pockets with billions from American taxpayers and golfing.

They will make America great again. 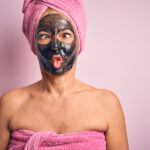 The Stressed Parent’s Guide to NOT Losing Your Shit 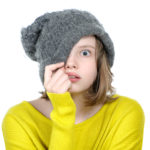