April 11, 2015 was my daughter’s fifth birthday party. In the pictures from that day, I am wearing a knee-length fluttery skirt and an aqua tank top. I am on the porch, lighting candles,  then I am standing arms crossed in the backyard. The next snapshots find me sitting in a bright green plastic adirondack chair and though one can’t tell from the photos, I had on purple underwear.

After the party, I went out to eat with a friend. We reminisced about my first pregnancy, and discussed the weeks and months still left while waiting for my second baby. We loosely planned a baby shower for late May, which still felt too far away to get into the details.

Back at my house, I went to pee for the 367th time that day. I felt a gush, and when I stood up, my purple underwear was filled with bright red.

After that partial placental abruption, I was hospitalized with severe preeclampsia until my son was born at 31 weeks. At some point in the weeks of high blood pressure, headaches, and boredom, I had a small stroke, though we did not know that until recently. It took at least six months for me to come off of blood pressure medicines, and four years later it’s still not as low as it used to be. I have a lifetime increased risk of heart disease.

Getting pregnant again could kill me. Really, it could kill anyone, but my risk happens to be higher than the average person. Two months before my experience, I lost a friend to complications of eclampsia, so I know how the game of pregnancy chance works.

If I got pregnant again, I would have an abortion.

Everyone’s threshold is different, and all I can do is weigh the risks in the context of my life. I would want to terminate the pregnancy as soon as I found out — which could well be past the six week point, as I have an IUD and would not be expecting it. I would make this choice to avoid the higher-than-average chance of long-term health consequences or possible death a pregnancy could bring.

When my son was born in 2015, his birth happened to expressly to save my life — It would not have mattered if I was 22 weeks or 39 weeks, my medical situation necessitated the timing of his birth.  Luckily, my baby was past the point of viability, so we did not have to make a tragically difficult decision.

Why in the world should anybody but me get to have a say in what level of risk is acceptable to my body?

Abortion rights are framed by “exceptions” from both sides of the aisle. We all talk about the circumstances under which we consider abortions to be valid – either to set the rules or question them – while ignoring the big “real life” picture.

Anti-choice narratives imagine the reasons one might condone abortion as cut-and-dry worst-case-scenarios, and then limits access accordingly. The examples are extremes to give an appearance of flexibility, while actually serving to roadblock a woman’s right to choose.

We in the pro-choice cohort come to defend our rights with, “yeah, but what if” clauses, just as I am doing here. They’re true, but beside the point for anti-choice folks.

The only litmus test for abortion should be, “What does the person carrying the pregnancy want?” Full stop. Unfortunately, that is not the reality in the United States today. Today, you need to fit within an ever-narrowing box in order to keep control of your body. Rape, incest, and life of the mother are all touted as black-and-white issues, when there is really a vast sea of grey.

While rape and incest sometimes cause disagreement within the far right, life of the mother is the one situation that is considered an almost universally acceptable reason to end a pregnancy.

But what does preserving the life of the mother even mean?

It means that politicians, and then ultimately health care providers, are the ones who get to decide if I want to play roulette with my life.

One law uses the term “medical emergency” repeatedly. Another uses a lot more words but offers no more clarity:

SERIOUS HEALTH RISK TO THE UNBORN CHILD’S MOTHER. In reasonable medical judgment, the child’s mother has a condition that so complicates her medical condition that it necessitates the termination of her pregnancy to avert her death or to avert serious risk of substantial physical impairment of a major bodily function.

I don’t want, “will this get me arrested?” to be the deciding factor in whether or not a doctor agrees with me that my life is in danger. Only I should be able to decide what risk I am comfortable taking with my body.

Sometimes an abortion is preventative medicine.

If I accidentally got pregnant again, at what point would it be considered “risky” enough for lawmakers to give me their blessings to terminate the pregnancy?

When my blood pressure starts creeping up around, let’s say, 20 weeks? When protein becomes detectable in my urine? Maybe I could be justifiably scared enough by the time I reach the severe preeclampsia threshold. Or would I need to be actively seizing in a hospital bed, my life in immediate danger?

On the other hand, I can’t prove preeclampsia would happen again.

I cannot say with certainty that it would happen earlier.

There’s no way to know how sick I might get.

“Life of the mother” clauses give people something they can point to and say, “see, I’m not unreasonable about this.” But, it is lip service at best because there is no hard and fast line between a healthy pregnancy and the day a woman’s life is in danger.

And those reasons? They are ours, and ours alone.

About the author: Rhiannon Giles is a freelance writer from Durham, NC. She interweaves poignancy and humor to cover topics ranging from prematurity and parenting to dating and mental health. Her work has been featured on sites such as The New York Times, Washington Post, Insider, Parents, McSweeney’s, and HuffPost. She has a sarcasm problem and writes regularly at rhiyaya.com. To keep up with new posts and see some of her favorites, join her on Facebook and Twitter.

(This post originally ran on Women AdvaNCe.org and has been reprinted with permission of the author.) 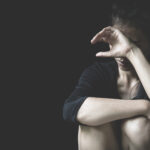