My friend is a single, working mother of three, juggling the standard insanity of divorced life. I call her from time to time to sympathize with a ‘wine and whine’ session. On one such call, I heard background noise, and asked her what she was doing.

“What?! What are you doing that for?”

“Well money is tight, and cafeteria food is kind of nasty…”

“No. I mean, why are YOU making lunch? They should make it themselves!”

I admit, I used to be that Mom. When my daughter started kindergarten, I thought it was in my job description to create a beautiful, nutritious, and fun, Mom-made lunch, complete with a loving, hand-written note. About a month in, I noticed the lunches were coming home half eaten, and eventually barely eaten at all. And if there is one thing that burns my grits, it’s wasting food. “I didn’t want that today,” she would state, as if it justified throwing my effort in the trash.

Oh no. That was the end of that.

I dragged the step stool over to the counter, handed her a loaf of bread, a jar of peanut butter, and a butter knife. “Sandwich 101” complete, it became her nightly job to assemble her meal. At first, she loved the responsibility, but eventually, it got old. The first time she announced, “I don’t want to make my lunch tonight!” I had one thing to say to her in rebuttal: “Do you want to eat it?” Likewise, the night before my son started school, he was put through the same orientation; though, he has had many more tantrums and threatened strikes over this particular item in his job description. And yet I have never wavered: if you want to eat a lunch at school, you had better learn how to feed thyself.

I would like to think that this has benefited my children in several ways, and not just in giving me more uninterrupted wine time after dinner. It brings ritual to the end of their day and prepares them for the next one. And, it gives them an appreciation for the time and effort that goes into the doing of things. Kind of like what happened this weekend, when my son asked for pancakes for the 500th weekend in a row and I had him make them from start to finish, including washing the dishes (I think it’s safe to say that pancake requests will be decreasing for a while).

Lest you think my kids just pack 4 desserts and a soda every day, there are boundaries: I still control the food that comes into the house, their lunch has to pass inspection, and I get to make changes if I deem them necessary. It may sound like I am the Soup Nazi, but I’m not. I want them be as autonomous as possible. By now, they are comfortable in the kitchen they make meals for themselves. In spite of their periodic bitching, I think they love knowing that they can fend for themselves and help out their family.

Back to my friend: when asked why she didn’t have her children make their own lunches, she defended herself, saying that liked doing it. And I let her off the hook, because maybe that’s true. I can’t imagine what it’s like to be sharing custody, and perhaps this is the way that she loves on her kids that little bit extra to keep them when they are not with her. I will continue to love on my kids by empowering them to be independent. Every day when they eat that lunch, they can think with pride, “I made this!”

Or, if they think, “I didn’t want this,” they can complain to the only person who gives a shit.

About the author: Ashley is a hyper-flexible mother of two bouncing (literally) kids. A lack of collagen has left them the world’s worst Superheros (but don’t tell them that). She writes about the wacky things that their syndrome has taught her family, and tries to keep everyone chuckling. You can read more at The Incredible Adventures of Malleable Mom and you can follow her on Facebook and Twitter. 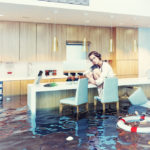 What Happened When I Forgot. Again. 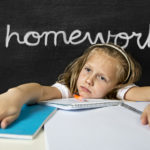