Apparently, if you want to be a Blunt Dad you have to run a gauntlet from the Den Mother… er um… Editor in Chief.

I asked for writing prompts and was dared (double dog dared) to fess up and write a post about techniques I have used to pawn off diaper duty on my wife.

After thinking and thinking about it, I realized that I had never actually tried getting out of changing diapers. Heck, I’ve always been pretty involved right from the start, even making sure I went to as many of my wife’s pre-natal appointments as possible…for all three of our kids. My wife, who normally loves shoving everything directly up my ass, actually agreed that I was, if nothing else, always willing to help with the kids when they were itty bitty babies.

With that confirmation under my hat, I went walking away, ready to ask my editor for another prompt. Then my lovely bride deflated my smug onto the floor by reminding me that “taking part and being helpful” didn’t always equate to being useful. And when it came to being useful, there were times that I didn’t always meet the mark. (Her actual words were “There were times you were more useless than a squirrel with no nuts.”)

Being a huge fan of RomComs and hair metal power ballads, it’s pretty safe to say that I’m a sensitive guy, so my feelings were a bit hurt. I asked her just exactly what it was that wasn’t useful. She was more than happy to quickly oblige, providing me the following list (Yes, apparently she keeps lists always at the ready, of things I’ve done or said that somehow illuminate my shortcomings. So happy I married such a thorough woman.)

1. Changing Diapers
It’s not that I didn’t always offer to change the babies, it’s just that I wasn’t ever going to win any awards for putting on a diaper the right way. I had a knack for strapping that puppy backwards, too loose, too tight, attaching the velcro to the pajamas, instead of the diaper. All things that usually led to baby poop being everywhere but in the actual diaper itself.

2. Feeding The Baby
I loved feeding the kids when they were babies, but sometimes my short attention span would get the best of me. I’d sit on the couch and feed them, and get so caught up in what was on TV, that I sometimes failed to notice that the bottle slipped out of the kid’s mouth and was pouring down the front of his onesie. Or the time I didn’t notice my daughter had finished her bottle and was sucking in air for awhile, to the point that when my wife finally noticed, our precious little girl looked like a bouncing baby balloon. (In case anybody cares though, the burp was friggin awesome!)

3. Giving the Baby a Bath
I loved volunteering for bath time, because bath time is so much fun. However though, I apparently tended to neglect the fact that bath time is also about actually cleaning the kid. I’d have the kids laughing and splashing, and having a great time, but when we were done, the floors were soaked, the kids were waterlogged, and they still stunk…just not quite as bad. She also pointed out that this made it harder for her to wash the kids because when she actually tried applying soap, they screamed like they were going down with the Titanic.

Now, I do have to admit that after she was done listing my clear deficiencies, she made sure to say that she couldn’t ask for a better Dad for our kids. This made me feel a bit better, although part of me thinks she said it because she noticed my lip starting to twitch like it did after our pet hamster Peckerman died.

So there you have it. I never actually tried any elaborate schemes to get out of helping with some of the more mundane, child rearing jobs that every parent eventually gets tired of at one point. I guess she’s the smarter one after all, you know, personally dealing with the Gawd awful smell and mess of changing all the diapers herself, and then the tired, repetitive process of feed, burp, repeat, not to mention the back breaking task of bending over the tub to bathe those little dirt factories.

Yep. Never tried anything to get out of that shit. 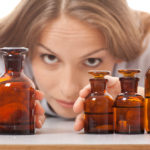 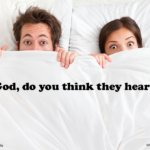