I am a full-on trash mouth when given the room to be. The room in question is not necessarily the nursery. So, when I was on my first maternity leave, I was a good, respectful mommy with proper adjectives and left the F-bomb for later days.

After a year off, I went back to work. I couldn’t wait to dust off the vernacular that had been resting for too long. I did a few throat exercises, swallowed some olive oil, did some scales and headed into the trenches.

I worked at an organization that ran a dating service. As Brand Manager I felt it was my job to get our clients to fuck. That was my job, God dammit! I measured success on their success.

I entered the building, having completed my vocal conditioning, and headed to the fifth floor. My boss had warned me that a lot had changed while I had been gone. That sounded like a challenge to me. Game on! My first stop was to go to the sound studio. I was often the sexy voiceover for on-air promotions before I had left and they wanted to record something right away. This is normally a very quick process. You read the lines, they tell you it is good and you are on your way.

This time would be different.

I headed to the microphone in the familiar booth, sidled up with a ‘Bigger is Better Boys’ and proceeded to take my headphones off. Job well done. Moving on. But the sound techs were saying something. What? “A little less Winnie the Pooh and a little more slut, please,” came bounding over the speakers.

Damn, that I could do. That’s right, my job was to slut it up. Awesome, right?

I was still chuckling as I ascended the elevator and was told about my first meeting of the day. This was an online promotion strategy session that needed my input. Someone at the table spewed drivel that I knew was asinine. There was only one thing to say. Actually, there was a lot to say, but what I chose to say was ‘That won’t get our customers to fuck, idiot!’ I didn’t say idiot out loud, but it was implied.

The silence was noticeable even for me.
Me: What?
Staff 1: We can’t say that word anymore without permission from everyone in the room.
Me: You mean “fuck?”
Staff 1: That’s what I mean.
Me: Are you fucking kidding me?
Staff 1: No.
Me: You guys are fucking punking me aren’t you? That is fucking hysterical. (laughing) You are fucking good, guys. Come on. Someone tell me the fucking truth. (It took me far too long to notice I was the only one laughing.)
Staff 2: (in a deadpan) You are not allowed to say that word anymore without permission from HR and everyone in the room.

My laughter stopped. That was the moment I realized that the company had changed. It was true. I was not allowed to swear anymore, even if I put quarters in a jar. What is the fun in being at an adult job if you can’t talk like an adult? And why the fuck did someone not warn me?!

This all happened before 10am and it went downhill from there. I quit about 6 months later because the fun had drained out of the company. I think it was the fucking fuck police that were to blame.

Since then, I leave the house and dust off the lingo whenever I can. I am also the proud mother of children who no longer baulk if I drop the occasional f-bomb. OK, that isn’t my proudest mothering accomplishment, but it might be all I have.

Kristine has been successfully keeping two children and a dog alive while her husband fends for himself. She blogs at www.mumrevised.com, tweets @mumrevised and sometimes visits Facebook. Kristine’s middle finger is her favourite. 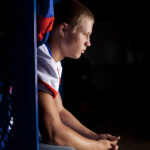 Locker Rooms Do Not Belong In Cyberspace 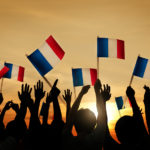 Not In My France