My rather attractive husband apparently believes in Santa and this may be the year I stab him with a candy cane.

There are mere hours until Christmas, we have four kids plus one, and we host Christmas Eve. For umpteen years, the same Christmas carol song and dance. Plus we buy for E.V.E.R.Y.O.N.E. in Whoville. Actually, we pull names for my in-laws, but there’s six of them, and well, six of us, so do the math.

Which is the way I like it. If only there were a Santa. Amazon definitely has been a game-changer for the better, and if elfing had the same prestige as knighting, I’d elf that company. And maybe Cracker Barrel too.

On Christmas morning – I shit you not – my rather attractive yet dumb as a rock husband will be awe-inspired by the kid’s gifts, and not smart enough to shut up about it.

He’s not faking. He is authentically surprised. And it’s all I can do not to tinsel his sorry ass.

I found it, dumbass.

Loaded it into the car.

Took it out of the car. Carried it up two flights of stairs.

Broke my back pulling down the attic stairs and launched the beasts into the attic.

Then took them down from the attic, removed all packaging, boxes, and bags á la Grinch style. To make it all nice and pretty for Christmas morning.

Then I secured in construction style black garbage bags to shield snooping eyes from the glory beneath. Relaunched and heaved into the attic.

All between buses, sick kids, sports, deadlines, and the dreaded early dismissal from school.

Times four. Or five. Plus extended family which thankfully eliminates the hide-factor, but adds greatly to the shopping “find it” factor.

But the message is: there is no Santa. It’s me.

It’s the mom. Every mom, every year.

I am surprised that year after year, my darling husband seems to think Christmas just happens like some made-for-tv movie or pathetic Kay Jewelry commercial. It doesn’t.

It’s a job. Hard, frustrating work that comes a huge payday. A little like childbirth: I swear, never ever again, complain relentlessly, but do it regardless.

I am forever pleased by the smiles and giggles and oohs and ahhs of kids, family, and friends, which I sign up to do, again and again, year after year. And I complain about it, but love it just the same.

But believe me: there is no Santa, and I have the backache and bills to prove it.

About the author: Kathy Kate Mayer is a potty-mouthed, sometimes cynical storyteller, humorist, and activist sharing life as she lives it in Newtown, Connecticut. She is a recent, reluctant inductee to AARP, the co-creator of two quasi-adults and two wannabees, and an aspiring writer with the rejections to prove it. She writes about work, teenagers, midlife, social issues, feminism, and gun violence prevention at www.kathrynmayer.com, and is sometimes funny on Instagram and Twitter as @klmcopy. Follow her on Facebook, but please don’t be an ass. 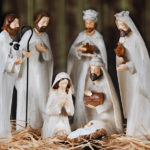 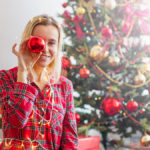 Tips for Handling the Holidays After Divorce