“You shouldn’t wear a bra you know….your breast muscles will go weak and then they will sag.”

She followed with a persuasive swoosh of her long golden locks, teeny perky titties remaining erect, as if saluting her from beneath her silky tank top. She looked like she knew what she was talking about.

My boobs were in their Goldilocks phase. Not too big, not too small, just enough to elicit the lust of a pimply croaking army of young boys in my class. It was the era of Marky Mark and Calvin Klein undies. But even then I could tell support was going to be an issue. Those cute cotton triangles might work for A-cup Kate but any time I needed to dash for a bus, I’d find myself cupping one breast while the forearm smushed the other one to minimize the uncomfortable bounce.

“Look at body builders!” She declared. “They work out their pectoral muscles. It’s the same for us.”  I nodded in agreement.  “Think about it. If you work out your muscles, they will get strong. Right now your boobs are lazy. You are carrying them everywhere!”  The point seemed indisputable. And she was cool, way cooler than I was. There was no way I was going to risk the fragile tendrils holding this budding friendship together over a boob debate.

I reached up behind my tie-dyed tee and un-latched my bra. Now my  fuzzy peaches were as free as my teenage spirit longed to be. If only it was as easy to unclasp the maelstrom of hormones ruling the rest of me. Perhaps then logic would have bitch slapped this idiot back into the 50s and the fantastic support of cross your heart.

There was a little voice inside my head, probably the one that had stayed awake during our physics teacher Mr. Spittlemouth’s class. It was trying to break through the thick barrier my conscious had set up to keep rational thought at bay, so desperate it was to be accepted by the cool hippy kids.

Dash, Dash, Dot, my subconscious was morse-coding the message again and again to me:  GRAVITY.

And if that message didn’t make it through, surely the stack of National Geographic mags I used to prop my window open should have. If ever there were sets of boobs that got workouts, they were the ones of tribal women in Africa.

If you were to stand next to me now as I contemplate my reflection my bathroom mirror, you would see what I see: my lovely creamy breasts, delicately resting alongside my belly button. I give it another ten years and I’ll be prime Nat Geo cover material, redefining the term knock-knees with my boobs flying forward with every step I take. 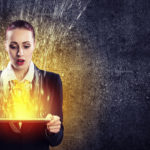 9 Ways My Inbox Is Taunting Me 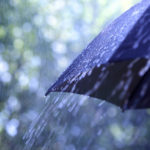 Fall Depression & The Dregs of Winter; A Glimpse Into Seasonal Affective Disorder