This shouldn’t be on the air. It’s too triggering for students” mentioned a guest on a local radio station when asked about how she feels about the popular Netflix series, 13 Reasons Why.

“Don’t Watch Netflix’s ‘To The Bone’” was the title of an article featured on NewStatesmen which warns people to steer clear of the film that depicts true accounts of the creator’s, Marti Noxon, life.

People were all up in arms – carrying their pitch-forks and torches – declaring how harmful watching these shows can be for those suffering from mental health and eating disorders.

Want my two-cents? Stop saying things are too triggering to air.

I – a mother living with mental health and disordered eating for most of my life – am asking you to stop saying things are too triggering to air.
I watched both the series and the movie, knowing what I would be facing. I watched them because for me, whether they are triggering or not, they were relatable. No, my life was not like either of the main characters’ lives, but the feelings – the emotions – were similar. I related to the characters’ pain and despair; to their obsessions. This is real life. This is my life.

My first memory of having any kind of negative thoughts about my body was when I was eight-years-old. However, it didn’t become an obsession until I was in high school, which is when I started experiencing depression and anxiety. From then on, I have lived a life of being pulled in and out of an emotionally vicious vortex. A vortex that shows no mercy until it’s had its fill and then spits me back out until the next time it wants to revisit.
“I’m alone.” “No one likes me.” “Everyone is talking about me.” “They just feel bad for me.” “I’m so flabby.” “I wish I could be as skinny as her.” “If only I could lose just ten more pounds. No, fifteen. No, twenty, yeah, twenty pounds would be perfect.”

Sound familiar? These are actual thoughts that have run through my head for the past twenty-something years. They have been constant, repetitive, degrading, and shameful.

I could have used movies and shows like these when I was younger. I could have benefited from these topics being widely discussed and acknowledged like they are now. But they were still slightly taboo then. There was no social media nor were there any protests for the rights of those fighting internal demons. We were looked down upon like we were failures for not being able to stand up to “being sad” or “feeling fat”.

Three years after suffering from postpartum depression, I watched the triggering documentary When the Bough Breaks. This was probably the most triggering for me out of the three because it carries the freshest wound. However, after some build up, I watched it. And while it brought back some painful memories, it also brought me some comfort for how I was feeling. I wish I had watched it sooner.

Make no mistake, I understand that some of the controversy comes from fear. I know that people want to shield their children from watching anything that is anything but rainbows and unicorns. But rainbows and unicorns are far from what reality is to many of us. I also know that there are people out there who believe that these programs are glamorizing the issues. I disagree. There’s a truth behind these stories, whether they are fiction, like 13 Reasons Why or not, like To The Bone. By calling these portrayals glamorizing, you are discounting a person’s truths.

It’s when we stop talking about these issues that we start to allow the stigma to take over. That’s what stigma loves, right? It feeds off fear. It grows so big that we allow it to overtake us and fail to realize that the truth is right there, in front of your face.

These programs are opening the door to conversations that need to happen; that we need to have. They are shutting down the stigmas and helping others come forward.

Karen Szabo is a part-time worker by day, boy-mom by night, and blogger at www.theantsybutterfly.com any time in between. She’s doing her best to keep her sanity by writing about being an anxious mom. She’s a contributor for The Mighty and has written for Sunshine Spoils Milk, Sammiches & Psych Meds, Parent Co., and Mamapedia. Karen can be found on Twitter @AntsyButterfly and Facebook. 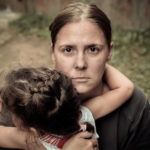 Why Are These Terrible Shootings Still Happening? 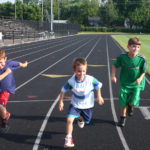