I learned a useful term from my millennial daughter: problematic fave.

She and her friends used it to describe a beloved person (usually a character) who they loved despite their problematic views and opinions.

I didn’t grow up loving or watching football. My son was born in 1993. For the first eleven years of his life, we bonded daily over the book we were reading or listening to together. However, once he reached the tween years, sports and video games outgrew his love of reading.

I knew that if I wanted to stay in my son’s world, I had to enter a new one. I chose the NFL. Every morning as I drove him to school, I asked him about his beloved Dallas Cowboys.

My son, who was normally quiet, would become so verbose when I asked him about football.

He’s now 24 years old, but I know if I want a response from him, I only have to text him about his Cowboys. He’ll always answer.

So, my motives for watching football initially might only have been to stay bonded to my son.

A funny thing happened on the way to the stadium…

I became an actual fan.

I am an outspoken feminist. I marched in the Women’s March after the election. I’ve volunteered for multiple women’s rights groups including writing for them and driving women to clinics.

I won’t lie. Sometimes I struggle to reconcile my feminism with my love of football.

Men coach women’s teams in every sport. Yet this sport denies women, for the most part, any participation in football. I rankle at the idea that men can coach an all-female basketball team, but I’ve never seen a female head football coach other than Goldie Hawn in the movie Wildcats.

I’ve watched the league attempt to cover up and mansplain domestic violence.

But I remain a fan, glued to my television every Sunday.

I know several other feminists who love this sport, so I’ve tried to think about what attracts us to it. Is it the tribalism?

Perhaps so. Perhaps there exists a deep-seated need to identify with a group, to divide and label ourselves.
Or maybe I learned, through my son, to appreciate the raw athleticism of the sport. I learned to appreciate that it’s a sport that makes room for all body types and talents. Look at Michael Irving and Leon Lett. Totally different body types and talents, but they played on the same team that won three Super Bowls. This feminist appreciates that diversity.

I can’t say with certainty why I love watching the NFL. I know why I started watching, to bond with my son. But I ended up loving the sport. I’ll accept it as my problematic fave.

(This post originally appeared on Jen Screams into the Abyss)

About the author: Jennifer Gregory is a former teacher and school librarian who lives in rural Texas. She is the proud mother of two adult children and the grandmother of one perfect grandson. She now shares her home with her beloved, but neurotic, Dogue de Bordeaux. 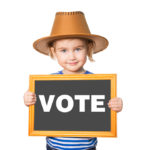 If You Are a Mom, You Should Vote 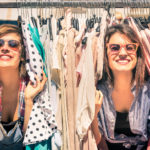