It’s hard enough trying to integrate into a different culture, especially if you barely get by in the language, and particularly if the city is rife with expats, some of whom are often living in fairly luxurious conditions and may have slightly lost touch with reality, as well as others who aren’t living la-vida-expat, and yet, have still lost touch with reality. Can we keep that farang sense of entitlement in check please?

I am no Thai political expert so I won’t go into details. Thailand has been through a number of political upheavals over the years. The country is experiencing one now, with the supporters of the two major parties clashing over the political future of the country. We have faced months of on again, off again protests and road blocks. The violence has been mostly sparse and contained. As far as having to experience political upheaval, we foreigners –a.k.a. Farangs– have had it pretty easy here. 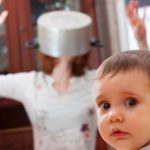 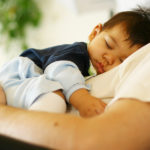 Want to Simplify Your Life? Have a Baby