Fall is paradoxical in New England. There’s harmony in the colors that come together like a bowl of minestrone soup. But, it also means the end to warm days. For me, autumn is ambivalent. Yes, it signals beginnings—a new school year, but lately I fail to latch on to the excitement of change. Instead, I feel an apple core rotting in the pit of my stomach.

Fall, for me, means another season of high school sports gone terribly wrong.

When I pick up my son after practice today, I’m struck by the crumbled stature that approaches my car. His eyes glare low. His shoulders slump forward like a bent twig. Again.

I hold my breath as he opens the car door, for I know what comes next. The bag flung into the back seat. The door slammed. The silent car ride home. Even though I know, I still jump from the bite of it.

School sports are paradoxical too. They are supposed to be about the students. After all, it is their four years of high school. But, all too often high school sports end up being about the adults—you coaches who care only about winning at the expense of the well-being of your players and parents who are so excited to see their child on the field that they fail to notice no one is having fun.

This day my son tells me the story of the latest public humiliation at the hands of his coach. Today it was his turn. With a mocking tone, in front of the entire team, his coach held him up as a kid who’s too small to play with kids his own age.

My son is skilled at his sport, but his coach holds his size against him, like it’s his fault that he’s barely 110 pounds in the eleventh grade. As the steam begins to waft out both ears, I want to blast myself into the locker room, corner this man, and shout at him:

“What compels a coach to intentionally humiliate a player in front of his peers?

Did you think he’d play stronger if you made him feel smaller? That he’s less of a person because he hasn’t met your size limits? That he’ll somehow find the strength and speed he doesn’t have just to avoid the next humiliation? Where did you get the idea that kids play better if you put them down?

“Don’t you think Johnny would have played better if he could have? After all, he did choose to show up early on summer mornings and run sprints and suicides until his body blistered and ached.”

See, in my daydream, I scream at this man in a way that I want to scream to so many high school coaches. I ask him if he understands that teenage years are the most formative, the most vulnerable for a boy. Teenage boys exist at everyone’s mercy. They are struggling to grow into their awkward, changing bodies. Acceptance and saving face is of utmost importance to them. It’s imperative that we preserve their fragile dignities so that they can grow into healthy men.

If my son had mocked one of his teammates, he would have been disciplined for bullying. And, he would have deserved it. Why is it okay, then, when an adult we pay to coach our kids does exactly the same thing? Why do we parents even allow this?

Coaching today is quite the racket. A bunch of vulnerable kids are put on a field where they are convinced that their self worth comes solely from their performance. The players feel trapped. They become weakened, like abused prisoners all in the name of making them stronger. They are often told not to tell their parents—maybe actually told, maybe silently told. Oh, and the parent better not speak up. Oh no. The child will pay with a shunning, bench time, and more humiliation.

In my daydream, I have Coach up against the wall. I’m standing on a bench and yelling into his face. “The team doesn’t belong to you,” I’m saying, my pointer finger shaking at him. “You have it all wrong. You’re here because you accepted a job. The team belongs to the students. The season is theirs to relish, theirs to win, and theirs to lose. The purpose of sports is to teach sportsmanship, trust, the benefits of hard work, that honor is earned, and that it’s okay to lose. It’s not for you to acquire another win at the cost of your players!”

Now Coach has crumbled to the dusty locker room floor. He is on his knees, nodding his head in agreement. My voice softens just a bit, but I am not finished. “Perhaps, Coach, your players already understand. Ask them. Would they rather enjoy the sport they love or win at any cost? Now listen to their responses. Surprise!

I’m on a roll. I cannot stop because I feel so strongly that we parents and schools are allowing sports to injure our children in a way that they might never truly overcome. We’re damaging them by teaching that their self worth comes only from their performance in sports.

Coach has big, sloppy tears now. He has seen the light. My voice becomes a whisper, not to destroy the moment.

“Ask yourself, Coach, what will your legacy be? Will your students return years later to tell you about the difference you made in their lives? How you were the example of honor and integrity they strove to emulate? How you once said the very words that helped them see the way?

Or, will they pretend not to see you on the street? Will they use you as fuel to prove that they are better than you? Will you learn that you made them despise the sport they loved?”

By the time I pull myself out of this cathartic daydream, I’m almost home. I’ve forgotten the road but not the broken boy next to me. He’ll need many hours of encouragement to counteract the damage this man has done.

My insides seethe for the loss of what could have been—a chance for my son to grow with his peers in the rigors of competition and to enjoy playing the sport at which he’s worked incredibly hard. His chance. His team.

I close my eyes and return to my daydream for a final moment. Coaches, if you can hear me now, the choice is yours—a shelf of cheap trophies or the knowing that you were the turning point in a boy’s life. My guess is that the latter will sit much better on your heart.

About the author: Julianne Palumbo’s poems, short stories, and essays have been published in Literary Mama, Coffee+Crumbs, MomBabble, Kindred Magazine, Poetry East, Mamalode, and others. She is the author of Into Your Light (Flutter Press, 2013) and Announcing the Thaw (Finishing Line Press, 2014), poetry books about raising teenagers. Julianne was nominated for a Pushcart Prize in 2013. Her essay will be published in the upcoming HerStories Anthology, So Glad They Told Me. She is the Founder/Editor-in-Chief of Mothers Always Write, an online literary magazine for mothers by mother writers. You can find her here:www.juliannepalumbo.com, https://www.facebook.com/JuliannePalumboAuthor,
https://twitter.com/JuliannePalumbo, and www.mothersalwayswrite.com. 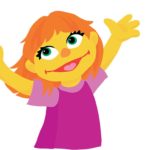 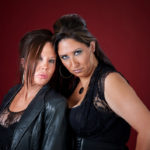 Confessions of a Former Cougar 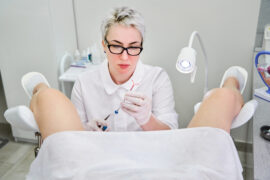 Is It Creepy How Much I Love My OB/GYN?