The Internet is a wonderful thing, truly, absolutely wonderful. It allows brilliant people to showcase their talents, wits and general awesomeness. However, it also gives various charlatans, quacks and other ignorant people the opportunity to spread misinformation–something I’m referring here to as “woo.” Yes, it rhymes with poo and that is no coincidence. People actually believe that stuff.

But why? Why do parents, many of them highly intelligent, educated people, turn to these online quacks?

Here my theories on this phenomenon:

Science is hard, people. It takes devotion and time  and knowledge. Unfortunately, most parents are too busy and tired, so they just read up stuff on the Internet and consider that “doing research.” Even worse, some of them consider themselves experts, or call themselves “educated” when in reality they don’t know anything at all.Even worse, they often end up hurting their children or themselves due to their ignorance. It is much better to admit the lack of knowledge than pretending to have it.

Obviously those quacks and charlatans are full of tricks. They will make their woo sound like genuine science. They will appeal to emotions, invoke feelings of guilt, make you feel like a bad parent. They will want to sell stuff that is supposed to have magical properties or they will try to lure you into attending their wacky workshops. It’s a little like a cult or a religion- if you believe, it will make you feel oh so good. You will feel the love and the support like never before. A pity it’s all useless when it lacks evidence and can even be harmful.

Parents often feel that rejecting their doctor’s advice is a way of advocating for their child. But doctors are not there to judge you, they are here to help. Provided, of course that they are real doctors, not quacks. I know how good it feels to go against the flow. It’s good to believe that you and only you have that special knowledge and everyone else is just stupid and clueless. But sometimes the mainstream is right and everyone else is wrong.

Parenting is so messy. And parents like to feel that they have at least some sense of control. Quacks and charlatans love to take advantage of that. It’s no wonder that their websites often provide a combination of wishful thinking, half-truths and outright lies. Believing in these messages makes parents think that they can at least control something about their chaotic lives.  But aren’t there better ways? Like actually, really taking control over your lives, and actually getting the best help possible- from a real expert who knows stuff?

There is a lot of misinformation out there. Some of it is because of ignorance, or because of a desire to make money off gullible parents, sometimes it’s a simple misunderstanding of how things really work. I am not even sure which one is worse.

Please don’t believe in the woo. You don’t always have to agree with your doctor, but you’d better have a good reason. When someone tells you that some kind of diet will cure all diseases, drop it like it’s hot. Remember that there is a reason why we have real experts.

And last but not least, please think about your children. They need to be able to tell a fact from a lie, a good study from a bad one. They need to know where to find reliable information about their health and well being. They need to know what to believe and what to ignore as lacking evidence. Talk to them. Educate them. Teach them. If you can’t do it yourself, find someone who will: a doctor, a well-informed family member, a teacher for example. Oh and for goodness sake, please stop posting that quacky-wacky stuff on Facebook. You know what I’m talking about. The article that give you the impression that they come from respected scientific journals but are nothing but a hoax. Yes THOSE articles. Stop sharing them. Right now. 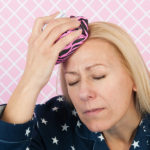 Perimenopause Isn’t “Around” Anything. It’s Front and Farking Center. 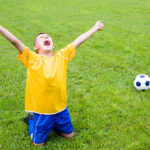