There I was, squatting in a public bathroom stall in New York, trying to insert a tampon I had made out of toilet paper, all because I forgot that I was on my period.

Somehow, after 23 years of receiving Aunt Flo into my home every month, I have started acting like I didn’t know who she is when shows up on my doorstep.

It started innocently enough when I would occasionally forget to pick up tampons when I was running low. I mean, people get busy and there’s always the emergency tampon in the secret compartment of your purse, right? Right.

But, then, there was the time when I only had pantyliners on hand for the entirety of Shark Week. In 10 days, I never managed to get to the store and pick up a little something-something.

Seriously? When I start to run low on the important things like ice cream or wine, I’m running through the aisles and throwing Pinot Grigio in my basket like the zombie apocalypse has arrived and I have a walker chomping at my heels.

My priorities are obviously skewed. I remember that my wine bottle is dry, but not that I have Niagara Falls rushing out between my legs. I guess it’s reasonable, because who could remember that they are a crampy, bloated, walrus that smells of clams and iron?

It’s an easy one to ignore.

Sadly, my anemic grey matter doesn’t just forget the tampons, it forgets that this is the WORST POSSIBLE TIME to have sex, but yet, there I am, a frisky walrus with a crime scene in her underpants.

Understandably, no man wants their peter to look like an extra from Dexter when they are done doing the deed, but that doesn’t stop me. My overtures go a little something like this:

Object of my affection: Um, aren’t you…. you know….

Even proposing a shower doesn’t help. Yes, there’s a slippery sensualness there, but somehow the sight of a blood trail running down my legs is not as enticing as you would believe.

What’s a little uterine lining among friends? It’s not bad enough that you’ll have David Caruso standing outside the curtain with one of his snappy CSI: Miami quips at the ready.

The truth of the matter is, not even the best cop could have saved me from myself on that fateful trip to New York.

I was spotty as a Dalmatian before I left, but yet I still didn’t think to properly prep for my journey and all I had on-hand was a tampon and two pantyliners. Of course, they lasted as long as a cup of coffee, and as the crimson tide rolled in I struggled with what to do. I needed to stem the flow long enough to get to a drugstore and stock up on big girl accoutrements, but how do I do that without leaving a snail trail behind me?

My only solution; the paper tampon.

I grabbed some toilet paper and rolled it up into a tight little cigar. Grasping it, I reached up into my hoo ha and shoved it in.

I felt more than a little uncomfortable as I waddled to the store. I had visions of my cottony masterpiece tumbling out of my cervix and onto the floor.

The good news was that this didn’t happen. The bad news is it didn’t happen because the toilet paper was wedged in my lady bits. When it came time to dislodge my little arts and crafts project, I grabbed the walls of my pink flesh and pulled, thinking it was the mock tampon.

Finally, I found the edge and extracted the offending toilet paper. I have never been so relieved in my life. It felt better than the one time I had to pee and found a toilet in the nick of time.

I don’t know if this little experience will make me remember that I need to stock up on tampons, because, let’s be honest. I’m not getting any younger and… what was I saying again? 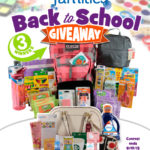 Back To School Giveaway With Boogie Wipes 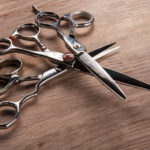 Why I Stopped Cutting Myself