It had felt like forever since I last visited a midway, carnival, town fair, or an amusement park, so I was happy to indulge in some action-packed fun a few weeks ago. There were definitely some familiar sights, some staples from my childhood that will forever be a part of the midway experience: the smell of popcorn and cotton candy, high school kids with microphones beckoning us to spin/smash/shoot for a prize, the song “The Final Countdown” being played every 7 minutes or so. But at this recent visit, I noticed some new things. (New shit, if you will).

Let’s start with this: The first plush poo emoji item I noticed was hanging out in a game booth, waiting to be taken home by a lucky player. It wasn’t the fact that there were actual toys in the shape of coiled feces that shocked me; it was the sheer volume of said plush feces. There were hundreds, maybe millions of them, hanging from the ceilings, walls, tables, as if basking in the aftermath of a poo explosion.

It appears that these little brown fellers are the hit toy at all the amusements parks and carnivals this year. Apparently, the Calgary Stampede midway vendors couldn’t keep up with the demand, and some games have been altered in order to incorporate the little guy. Let me allow that to sink in for a moment: plush poo toys are the hot-ticket carnival item right now. It won’t be long before your sister, brother, nephew, son, or <gasp> life partner takes one of these guys home.

I am left with a few question for the people who adopt these smiling, coiled mounds — nay — smiling, coiled, mounds of human waste, and take them home to live. Forever.

I get it (a little bit, at least). Canadians, apparently, lead the world in smiling poo emoji use. I am a proud Canadian, at least during an Olympic year, so I am going to try to keep it real and stop talking shit about all this poo stuff. At least until my son/husband/daughter asks for one. That situation might end with, quite literally, a shitstorm.

About the author: Jennifer Philp is a teacher and mother of two children. She writes at Mother of Bones and can be followed on Twitter, Facebook, and Medium. 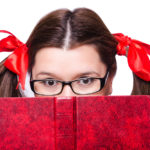 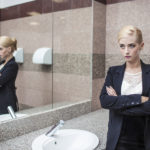 To Poo in the Company Loo