Over many years of research, I have come to realize that my husband has a bizarre fixation on doing the deed in his parents’ house, specifically in his childhood bed.

Over the years, I’ve noticed that his lovey-dovey flirting completely coincides with our trips to sleep in that sacred place where he prayed he would one day get to second base. He’s like a kid again, all sweet and hand-holdy, like we haven’t been exhausted parents for years. My guess is that he wants to make up for all the lost time he spent in that bed not getting laid.

A few years ago, our family (with the addition of three kids and a giant golden retriever) moved to a new state because of my husband’s job transfer. The new 450 mile commute to see our families precipitated the need for us to, once again, stay at our parents’ houses.

After six of our seven hours in the car, he will glance over at me from the driver’s side and give me a meaningful look. Nothing, not even the spontaneous screaming match from the kids in the back seat, can deter the look, the hand hold, the vibe. He knows we will be unloading my SUV until the end of time, and yet you’ve never seen a man so motivated to hit the hay.

Briefly, I believed this phenomenon could only apply to my husband, but in doing further research (polling my girlfriends at play dates), they agreed that their spouses seemed extra happy to be home at mom and dad’s, too.

How can this be? What is it about men’s childhood bedrooms?

Here are my completely scientific conclusions why husbands will do anything to have sex in the bed where they once hid the ubiquitous Playboy under the mattress (because 13-year-old boys have no sense of why clichés become cliché).

Yes, our kids are right down the hall. Yes, so are my in-laws. And sure, his old soccer trophies, a few school projects, and even his high school graduation photo are still proudly displayed in here. This room hasn’t changed much in the twenty years since he’s lived here, but the man standing in it has.

He is no longer the gangly teenage boy, nervous around girls, wondering if he would ever get to try out his moves. Now, he’s all grown up, a husband, a father, a provider, and he’s damn good at all of it. And I’m not gonna lie. Getting to be his dream girl in his actual room is pretty empowering. So, when the husband gives me the look as we near our childhood homes, I’m more than happy to oblige.

Written by: Carrie Tinsley, blogger at Carrie On Y’all 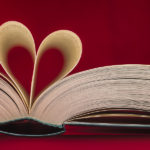 How do Romance Novelists do it? 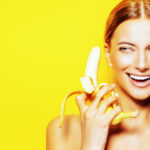 The Way to a Man’s Heart Is Through Blow Jobs