When I was younger, I had a moderately effective way of managing my anxiety. I would find a nice cozy spot, smoke a few Matinee Extra Mild® Menthols, lie down and have a nap. Then, my high school principal would barge into the second floor girl’s washroom trying to find out who set off the sprinkler system again.

Through the years, I have developed different ways of coping. For one thing, I haven’t smoked a cigarette since September 7, 1990. At 9:57am. Also, my 4-year-old daughter has tracking skills far superior to those of good old Mr. Nielsen. May he rest in peace. Unless he isn’t dead. In which case… awkward.

Since becoming a mother, my bathroom retreats typically end prematurely with me hiding in the corner (not so different from high school) while my daughter shouts “Maaaawwwwwwmm! Are you pooping?” as she successfully executes a MacGyver-worthy locksmith move involving pennies, butter knives and a handful of googly eyes.

The kid is undefeated in her weight class.

So now, when stress starts to get the better of me, I do what any normal, fret-ridden person does. I hold it all in. Until I break out in a rash. Or, more accurately, until my left eye swells up and fastens shut like a bloated oyster and my right hip begins to resemble a dot-to-dot picture of an antelope in heat. I’m guessing.

In other words, I can’t hide my neuroses. Though I try, with the help of antihistamines. But, the thing is, I’ve got so much Reactine® in my system, it’s entirely possible I may never sneeze again.

Yesterday, in an effort to try to naturally reduce my anxiety (and my hives) I decided to join my mom while she did her meditation exercises. It’s supposed to be an uplifting experience. Like a Celine Dion song. Or a really stiff wind.

The man speaking over the speakers reminded me instantly of the poor bastard who administered my driving test when I was seventeen years old. He didn’t pronounced the “t” on words like “lef(t)” and “righ(t)” either. Though I suspect my driving examiner was far more preoccupied with parallel parking than the mysterious voice who was telling me to empty my mind and relax.

“Take a deep breath, down to your stomach and out to your shoulders. Good. Now let the breath out comple(t)ely. Every drop.”

Breathing is the kind of thing that should come naturally. However – apparently – when someone tells me to breathe… I can’t. Also, since when does breath “drip”? Is breath supposed to be wet? Because I think mine is dry. Maybe I’m sick. These and other thoughts were interrupted by more words from the MD (Meditation Doctor).

“Fill your mind with though(t)s of anger. Repeat the phrase – I am angry – five times. Remember to breathe and don’t concern yourself with the cause of your anger.”

Huh? I did not expect that. I didn’t feel mad when I started, but I was pissed enough to squish a pile of puppies (cute ones), by the time the next exercise began.

“Now, repea(t) after me, ‘I feel fear’. Do no(t) concern yourself with what makes you feel fear. Just repea(t) the phrase, five times. Remember to breathe.”

I.FEEL. FEAR. Yes! Of course I feel fear. This is why I am anxious – no??? This is helping me, how? As I tried not to concern myself with what makes me feel fear, I began to mentally run through a list of all the things I’m afraid of (heights, pain, death, spiders, home invasions, unidentifiable noises, blue cheese). Then, I heard my daughter coughing in the next room. Oh crap. Is she choking? Did she just come down with the flu? Where the hell is the thermometer? Could it be pneumonia? Oh dear god.

In other words — no problem feeling fear.

Shallow gasps of air forced their way into my lungs as I wondered desperately when the relaxation part of the exercise would begin. I thought about asking my mother, but she was too busy belching on the other side of the room – presumably from the pain of trying to breathe deeply.

Instead, I decided to soldier on, thinking that perhaps this was all part of the process. But in the end – somewhere between shame and sadness – I nearly worked myself into a pretty decent panic attack, which – I’m fairly certain – wasn’t the objective.

After abandoning the experiment and heading to the kitchen to unload the dishwasher – a surprisingly soothing pursuit – I came back into the room just in time to hear, “lef, righ, lef, righ, lef”. So I walked in place until I felt just this side of dizzy.

I looked over at Jan who was doubled over with laughter. Once I started giggling, I couldn’t stop. And, as it turns out, deep breathing is a cinch when you’re snorting like a hippopotamus.

Mission accomplished. I am nailing this meditation stuff.

About the author: Andrea Mulder-Slater is a writer and artist living a creative life with her family by the sea. In a former life, Andrea was a public art gallery educator by day and a rock ‘n roll journalist by night. These days, she splits her time between writing the No, Really humour blog, running an art studio, sharing art lessons on KinderArt.com, and blogging about creativity for YummyMummyClub.ca. Her stories have also been featured on Today’s Parent online and in the Martinis & Motherhood anthology. 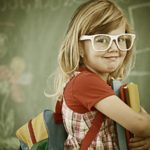 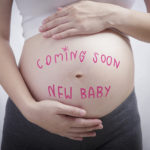 Baby Shower Gifts the 20 Year Olds Won’t Give You (but we will!)