My yoga pants were born on a blustery day in 2007, in a South Detroit factory. They were a low thread count, but the color of a robust charcoal briquette. I purchased them to wear to the gym.

They then sat unused in my closet for 119 days with the tags still on. I came across them again while looking for a Kate Spade bag given to me by my stockbroker roommate after she’d accidentally set it on fire.

I tried them on, pleased to see how well they still fit, and how good I looked in the color charcoal. I promised myself they would become my new housepants.

I proceeded to wear my rediscovered pants to the mail room, then to the grocery store, and finally an art opening for a photographer friend. I received many compliments on my yoga pants, a few of which were sincere. When people asked me what designer they were, I used the name of a former teacher I’d had a crush on.

Although my magical pants were now the color of a smoker’s lung, I still brought them on my honeymoon. My husband informed me that, while my emerging from the bathroom in nothing but yoga pants and a smile was mildly arousing, keeping them on in bed was a bit of a hindrance.

Eventually we had a baby, and I wore my special pants for the next 225 days straight.

It was finally acceptable to wear pseudo-workout clothes to bed again. Although my husband complained that my yoga pants now smelled of labial runoff and week-old farts, I sniffed them and smelled freshly-baked bread and Montauk sunsets.

After a neighbor refused to get into the elevator with me, I finally succumbed and washed my pants. Despite using the gentlest of cycles and hang-drying them under the branch of a virgin lemon tree, they shrank.

In order to fit into them again, I lost 16 lbs in two weeks.

The rubbing of my thighs caused the fabric to wear down and eventually rip open completely. My husband informed me that crotchless yoga pants were not the aphrodisiac I thought they were.

After crying in despair into the farty old fabric, I closed my eyes and threw them in the trash.

Despite extensive Googling, I still couldn’t find an exact replacement. I called customer service, who informed me that this style of workout pants was discontinued nine years ago.

I fished my yoga pants out of the trash, apologizing profusely, promising that things would be different this time.

I told my husband that I threw them out, but secretly kept them in the back of my bottom dresser drawer, next to my Roadhouse Patrick Swayze t-shirt that I also still liked to wear sometimes.

Over the next few weeks, I conducted a secret affair with my yoga pants:  I would lounge in them all evening, but the moment I heard the key in the lock signifying my husband’s return, I’d rip them off and dive back into my pajama jeans.

This continued until my husband came home early one day and found me in bed with my yoga pants on, the ratty fabric barely covering my comfortable, comfortable body.  Enraged, he gave me an ultimatum: the pants or him.

I told my husband the affair was over, and that I would throw them out immediately so we could start fresh.

As consolation, my husband bought me a pair of flannel pajama pants. They were kind of itchy and ended a few inches above my ankle, but I told him they were perfect. While they lacked the character of my former love, at least they had a crotch.

Years later, my husband saw me mopping up the counter top with a familiar faded rag the color of a cadaver. He couldn’t place where he’d seen it before, and I didn’t tell him, but when he left the room, I rested the rag on my cheek and breathed in the subtle aroma of Montauk sunsets. 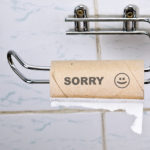 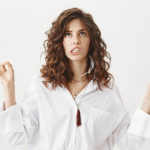 Parents of Teens, Try This…