The internet has been alight the last couples of weeks, laughter echoing across web at the expense of Food Babe.

Who is Food Babe?

At best, she is a well intentioned idiot. At worst, she is a limelight whore, preying on people’s fears for her own personal gains because–newflash–natural products and organic farming is a multi-billion industry. Health “Gurus” are parasites suckling at the commercial teat too.

Let’s be clear: you can be a peace-loving health-food advocate and still loath Food Babe. People shouting “shill!” and her responding, “You’ve been brainwashed by the industrial complex” just because someone criticizes her is akin to “I know you are but what am I” playground antics.

As someone who passionately believes in full food labeling and farming practice reforms, someone like Food Babe hurts our movement. Many consider us to be ill-informed morons and our message loses credibility exponentially with each factually incorrect utterance out of the mouth of Food Babe. Think “Little Boy Crying Wolf.”

The above does not translate to “stand by and accept the status quo.” There is nothing wrong with saying:

“Hey I think that might be a wolf, can we get some folks together to investigate?”

There is something very wrong with:

“Well I think it could be a wolf, therefore I’d rather err on the side of caution and scream wolf every time I see a shadow.”

Not calling yourself a scientist isn’t a hall pass excusing you from fact checking your work.  Being full of heart and love  also does not make it OK. Someone who is full of said heart and love makes it arguably even more obscene to be such a fear mongering propaganda machine, even if born out of ignorance and not malice.

So does that make me team Science Babe? Hell No.

Who is Science Babe?

Science Babe, a double major in theater and chemistry with a masters in forensic chemistry is Food Babe’s nemesis. She should be someone I want to stand behind, kitted out in pompoms shouting give me a S-C-I. First off, I love science so much I’d like to hump it day and night. I also like humour.

So why can’t I love Science Babe?  She claims to stand behind the banner of science when she too puts out questionable or completely unsupported statements, even if they do have the benefit of being funny.

Dismissing things in one theatrical wave, like organic food in her Food Babe take down, leads me to question her credibility and commitment to researching things thoroughly.  I say this given the United Nations’ Food and Agricultural branch, a.k.a. FAO, supports organic farming, albeit for different reasons than Miss Food Babe.

In the first five minutes of poking around her page,  the first link I tap to see what kind of supporting material she is using—since she is a scientist and all—leads me to “Wheat is good for you because it’s been around for a long time.” Her support for this statement links through to a wheat museum. Dig a little deeper and discover that the museum is funded entirely by food additives and their ilk. Not terribly scientific or impartial. Rhino horns have also been around for a long time. Length of time in use is not a good indicator of effectiveness.

I start to wonder what her definition of “science” is. Just because it’s called science doesn’t make it good science.

Making all encompassing statements supported by nothing is about the worst “science” out there. Actually it doesn’t even qualify as science. Having a science degree doesn’t make your utterances scientific either. But having a scientific degree does mean you should know better.

It’s true, a nasty take down can be enjoyable if you aren’t a fan of the person receiving the verbal smack. I am guilty of sharing any GMO-free organically certified shit thrown at Gwynie. But what happens when that same know-it all aggression is directed at others just trying to engage in a conversation or provide information?

A recent thread on her Facebook page confirmed that, despite my desire to wear team SciBabe for the sake of science, I can’t support her. She is giving scientists a bad name.

It was her responses to the comments left on a photo she posted on her Facebook thread that pushed me over the edge. The picture is of a children’s soap labeled as gluten free.

Lots of laughs were had by her fans and anyone who stated that they had a form of celiac’s that included skin sensitivities were dismissed as idiots. She repeatedly states in some form or another:  “Well I am celiacs and  you are wrong.” I decided to check.  A whole 30 seconds later, I discovered that in fact Celiac’s can manifest as rather nasty forms of Dermatitis as you can see here from the National Institute of Health.

I didn’t need a masters in science, forensic or other, to research that one.  She appears to happily dismiss people who don’t agree with her pointing out weak evidence but willfully ignores those who support her even if they too are found sharing factually incorrect information. A good old case of “Do as I say, not as I do.”

Listen, if you are preaching to the choir, as a form of entertainment and revenue generation, then carry on my friend. You are rocking this, but don’t do it under the banner of science.  Swinging your figurative balls about while shouting “This is good for you because I have a science degree and I drink it” is laughable, especially from a “scientist.”

Both women write opinion pieces. Both women seem to have cult-like followings. I hate the hysteria these two ‘Babes’ generate. It adds nothing to the debate and furthers neither’s cause.

I am quite certain I could never (EVER)  be team Food Babe. SciBabe? Maybe. I’ll admit I only spot checked a few links, but given the results, coupled with the thick condescension and aggression rife in everything she writes, I’ll keep holding out for my Sci Heroine.

One thing I can say for certain: they won’t call themselves BABE.

If you are concerned about what you are ingesting and appreciate good science and sound investigative reporting, how about paying attention to a wonderful food writer who has been researching these issues for 25 years: Joanna Blythman. She is a columnist and author. What she doesn’t do? Pimp her self up with a cutesy name and low cut top, preying on your fears.

If you want a better understanding of what makes science good science, check out Dr Ben Goldacre (great funny link to one of his ted talks http://www.ted.com/talks/ben_goldacre_battling_bad_science) who manages to be funny and snarky and scientifically sound. 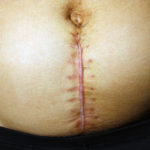 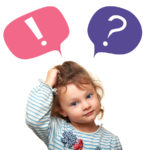 My Daughter Asked Me Why I Don’t Work