I have a fairly unhealthy obsession with reality television. I have seen nearly every reality show at least once. It’s like a first date. You have one chance to make a good impression or I am moving on.

So, today I am making it official.

“My Giant Life” and I are an item.

This show, on TLC, focuses on the lives of freakishly tall women. We’re talking tall. Like Lebron James tall. And they are all really attractive which doesn’t hurt their appeal.

Being vertically challenged myself, it’s a world I can’t imagine. And maybe that’s the fascination.

Each week, we follow these ladies as they do everyday things while peering down on all of us little people.
Things like emptying the dishwasher 4ft beneath you and going to a bar and checking out the bald spot of every guy hitting on you.

It’s awesome for a short girl to see the grass is not greener.

Now, no reality show is complete without the confessional segments where one character speaks directly to the camera.

On the BRAVO Housewives franchise, the confessional is where it all falls apart. The stars blather on about the other women forgetting for a teeny moment that it will air just before the reunion show. That reunion show is entertainment gold. Part heavy weight battle and part circus side show and 100% cleavage. They get all gussied up and talk like sailors because they guzzled too much champagne with Andy Cohen.

Anyhoo, back to TLC.

Coco, a former volleyball player, sat down for what I can only assume was a poignant confessional moment.

Her giant, daddy-long legs filled the screen and I couldn’t hear anything she was saying. It looked like a visit to the fun house mirror that makes everything l-o-n-g and distorted.

How in the world does she unfold herself and walk on those stilts 24/7?

On a recent episode. poor Lindsay boarded an airplane. Initially, I marveled at how easily she found space in the overhead compartment; my nemesis on every flight. But then she tried to put down her tray table. My heart broke a little each time it slammed into her legs. No matter how she shifted, it was clear there was going to be no snackage on that tray.

I could go on and on. I am all in, but love is not blind. I know some of the footage is exaggerated to make their point.

Like the episode when folks asked to take pictures with one of the stars because she was so tall.

Is this a fling or a long term commitment? The jury is out.

We are on a little planned hiatus so there is always the threat of a new show catching my eye.
Because in a world of head-turning reality TV drama, sticking with one option is a pretty tall order.

(This post originally ran on Magnificence in the Mundane) 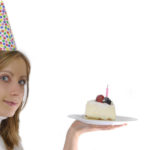 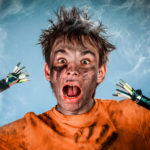