Nobody “dates” anymore.  There’s Netflix and chill, the illicit 2 A.M booty-call, the emotionally unavailable, and then there’s my favorite… the unsolicited dick-pic guy.  Hands down, bravo in the confidence department but your lack of manners is a deal breaker.  Picture this, smiling at your phone because you’ve received a text message from Prince Charming only to find 4 inches (hard) of flesh staring you in the face.  SIGH.  Chivalry is dead.

It would be one thing if it was just me, right?  However, I am raising two beautiful and extremely impressionable daughters.  I can’t just waltz into their lives with some rando dick-pic guy and be like, “This is what I settled for, the search is finally over!”

I’ve never been good at dating.  I can’t stand small talk.  I don’t’ care what your favorite color is; I want to see your soul.  Most men find this off-putting.  Here’s the thing.  I don’t have time to “date” you and spend the next 6 months finding out what an asshole you are.  I want real talk.  Let’s talk about passion and politics and religion.  I don’t want to play the part of the nervous, salad-picking space cadet while you tell me about the pistons in your car.  I don’t like salad and I probably don’t like pistons.  I don’t know what those are; no need to explain because I do not care.  I’m not bitter, I’m just real.  More people should be.

I decided I’d give the online thing a shot.  Free membership; check.  Reluctantly add photo; no… apply filter THEN add photo; check.  “Sense of humor is a must, substance abusers, pedophiles, and spouse beaters need not apply.  If you don’t speak sarcasm, we will never be able to communicate.”

I know what you’re thinking but I had to demonstrate my sparkling wit and charm from the beginning.  It’s only fair.  I had a nibble within a few minutes.  I excitedly pulled up the picture of the man who was “winking” at me.  His face matched his red 80’s Cadillac El Dorado and his eyes were bloodshot.  His mouth was hanging open as though he’d been taken by surprise by the SWAT team kicking in his front door.  The only thing attractive about this guy was his dog.  He was wearing a Pantera tank top.  So.  Much. Chest-hair.  You can’t un-see that.

Next notification.   A guy resembling a bearded Bradly Cooper, his smile was sweet and mischievous.  The introduction read, “Lookin for me?”  I clicked into the profile just as he sends me a private message.  Jordan is 39 and works in computer software.  I ask what his passions are because, as previously discussed I suck at small talk.  “Eating you out.”  He responds.  Sigh.  That escalated quickly.

Three’s a charm.  Private message; I proceed with caution.  The profile picture is set to private, I take the bait.  We share similar career objectives.  He’s a college graduate, looking for friendship and lives in my vicinity.  My interest is piqued.  I thank him for the compliment on my profile picture and without another word he sends me one of his.  He’s in front of a mirror from the waist up, his chest is tatted, and his bangs hang in front of his eyes.  His lack of facial expression is displeasing and he’s blocking part of his face with the cellphone.  Why do men do this?  You’re not stoic, you’re roaming into creeper territory and making me wonder how many bodies you’re hiding in the crawl space.  Just a heads up.

“Do you smile?” I ask.  Hint:  I want to see your teeth, dude.  He follows suit but still no smile.  His features are mysterious and attractive, so I engage.  He gets right to the point and tells me he’s never been in love but wants someone to have sex with.  Pre-kids I would have tried to conquer the “project guy.”  Now… I don’t have time for this.  He sends me one last picture revealing his penis.

When single moms let you audition it’s because you made them laugh or they felt some sort of chemistry.  If you get a second or third audition, it’s because she sees potential.  We aren’t looking for a father figure but whoever is cast in that lead role is certainly going to make an impression on those tiny souls.  We all want to be accepted for our baggage and we all have it.  Don’t make the mistake of thinking her children are baggage, they are her life.  If you’re lucky enough to be invited in, know that it’s because you earned it and not because she settled for you.  It’s not a date.  It’s an audition.

Candy is a feisty girl-mom who is attempting to mold her 3 and 5-year-old daughters into independent, successful women without suffocating their strong wills and, well let’s just say it, their diva-like personalities. Friends and family seek her advice when they want realistic perspective with a comedic spin to lighten things up. She’s nothing if not opinionated and she doesn’t pretend to be anything else. Don’t expect any candy-coatage from this gal she’s a genuine, loving mother who isn’t afraid to tell it like it is. Finally getting the courage to find her place in the writing world, nothing can stop her now! New to Twitter but winging it like everything else! Catch up with her daily! 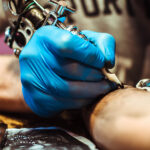 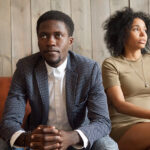 Breaking Up Is (Not Always) Hard To Do