Halloween is almost upon us and it’s time for kids around the country to start choosing what they want to dress up as! Well….it’s time for the boys to start choosing what they want to dress as. The choice for girls has already been made. It appears that in the last 15 years or so it has become a requirement for every girl over the age of eight to dress as a slut. Oh sure, the costumes come labeled as “sexy” or whatever but we all know the truth. Girls are supposed to dress like sluts.

For the last 20 years, as Halloween has moved from a kids holiday into something for adults, the message has been that it’s the one night a year that women can throw off their inhibitions and dress like sluts! Yeah us! We have been so repressed 364 days out of the year, that we just can wait to slip into that “sexy bumblebee” costume and show people how we really feel!

Oddly enough, and I know you are going to be shocked about this, it’s much harder to find slutty “sexy” costumes for the men folk. As a matter of fact, if you go onto the website for Spirit Halloween Stores, they don’t even have a “Sexy Men’s Costumes” category. We have clearly been lax about helping the men in our lives get in touch with their sexy inner selves and also get the pleasure of one whole day a year when they can put their mostly naked selves out there. Selfish on our part, really, but there is still time to fix this!

Since the women’s costumes seem to made up of not much more than bras and underwear with a little colorful nod to whatever “costume” they are supposed to be representing, and since men don’t need bras and should feel free to go out in all their bare chested glory on Slutoween, we can fix this easily with some colored Fruit of the Looms men’s briefs and an accessory or two!

Here are some manslut costume ideas:

Sexy Garbage Man—green underwear and a bag of garbage!

Sexy Dr.—underwear in that weird teal color of scrubs and a stethoscope!

Sexy Solider—camo underwear and a rifle!

See how easy it is! I’m sure you can figure out many more on your own. Like the comedian Carlos Mencia says, “Halloween should now be called Dress Like A Whore Day” and we don’t want the guys to feel left out of all the fun, now do we? 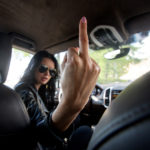 #MeToo – We Don’t Owe You an Explanation 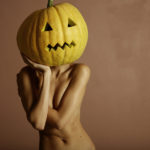