2. While in school, learn about the various sins for which a person will go to hell. By first grade, realize you’re already running a deficit. Not just straight-up murder or robbing a bank are sins, but even lying to your mother about that cookie you ate before dinner, or swiping that extra Bazooka Joe when the cashier’s back was turned—all offences worthy of damnation. Unless . . .

3. You confess your sins. But you feel caught in a double bind, because as sure as Jesus turned water into wine you know you’ll commit these sins again. Cookies just have a way of jumping into your path when you least expect them. Kind of like mini miracles with gooey chocolate chips. It makes you wonder if Jesus took human nature into consideration when he was making all these rules. We can’t promise we’ll be good. That’s just setting the whole system up for failure.

4. In fifth grade, endure sex ed taught by a nun. Get the distinct impression there’s something she’s not telling you. In sixth grade, get your first period. Here, finally, is concrete evidence of the Old Testament angry God. Cramps that make you double over. Embarrassment in the school hallway over furtive whispers about who has their period. But it gets you out of gym class. By the way, don’t use a tampon. Virgins don’t do that.

5. Hang out in the schoolyard drinking Bartles & Jaymes within the damning shadows of the church. When a classmate’s hot older brother offers you a cigarette, you don’t dare take a puff. Later, put that Benetton sweater back in your drawer unwashed, thus trapping the smell of boy and temptation. Take out and inhale as needed.

6. Realize you must reject all bodily impulses as impure works of the devil. But wasn’t God the one who created the blueprints? Something’s not adding up. Still, the idea of hell holds sway.

8. Go on a retreat sophomore year of high school. Form groups where you are encouraged to share any obstacles you’ve encountered on your spiritual journey to sainthood. In a group of eight girls, discover you are the only virgin. One girl has slept with six boys. Moreover, she is still sleeping with all six, alternating between them. Your only contribution to the conversation is to ask if she rests on Sundays.

9. Date a Protestant you meet at a roller rink while celebrating a friend’s sweet sixteen. Understand the relationship is doomed from the start because you could never marry. Because what religion would you raise your children in?

10. Go to college. Even though it’s a Catholic school, you are exposed to new ways of being and thinking. Stop going to Mass. Graduate at the top of your class, ready to venture out into the wider world.

E. R. Catalano is a writer and mother of one evil mastermind living in Brooklyn, NY. She writes a humor blog about her daughter at www.zoevstheuniverse.com, and she’s a contributor to The Bigger Book of Parenting Tweets. Her writing has also appeared on Scary Mommy, In the Powder Room, MockMom, and HaHas for HooHahs, among others. You can follow her on Facebook and on Twitter at @zoevsuniverse. 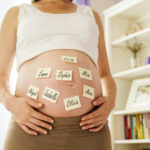 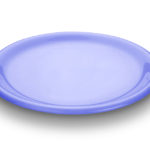 The Blue Plate That Broke Us