Today was a day. Today was one of THOSE days.

One of those days that make you walk out of your baby chamber (house…), pause, take a very large controlled breath, palms up to the heavens, face tilted up towards the sky in total submission thinking that the Rapture could not come soon enough.

Dear Lord, please take me from this place of chaos. I’m okay with today being THE day if you are, of course. I know you see what these children, your children, are doing to me. My body is weak and broken. My mind is altered and not in a good place. I’m just saying….. the Rapture sounds nice.

And I wouldn’t even have to pack for that trip.

We started our day at 5 am. We were headed to Ohio to visit my grandparents and had a two hour flight ahead of us. I don’t know who needed the Benadryl more, me or my two children (I did not drug them…… for the record). We managed to get on the airplane just in time for the last boarding call.

My smallest human was that child on the plane. The crier. She was having a hard time falling asleep. She probably only cried for twenty minutes, but it felt like two weeks. I looked as if I had just completed a P90X cardio workout after this flight. I was disheveled and sweaty. Not fun times, but things could definitely have been worse.

After arriving at Grandma’s house I let the baby beasts explore the house, getting their bearings and attempting to break everything valuable. Soon it was nap time. Also, known as, sweet sweet mommy freedom time. Nap time is usually a highlight in my daily routine.  My 2 year old son goes down for his nap. Glorious. My 5 month old daughter does not. Therefore, I must share my freedom-time with her. Not ideal, but she’s very easy to deal with so it’s not so bad.

Two hours passed and I heard my son stirring on the baby monitor. “I’ll go get him in a minute, he usually likes to lay for a bit before getting out of his crib,” I announced to the family members in the room.

That was my fatal mistake.

I let my son stir for too long. Little did I know, he was brewing up a catastrophic crime scene.

As I rounded the corner upstairs, it hit me. Like a hard slap to a sunburnt face. It was a thick fog. Musty, stinky…… spicy is a word that comes to mind. Regardless, I knew what it was.

Only my son and I were upstairs and I knew I hadn’t crapped my pants. This left one tiny person to blame for this foul stench.

I make my way into the bedroom and there he stood in his crib…. “Uh oh, poo poo.” He then lifted his brown stained hands up to his nose and inhaled dramatically, as if to ask me, “Wanna smell this?!”

The room was dark, so I still had no clue what was going on. I peered over the side of the crib and saw what I thought were blood stains. I ran to the window to open the blinds.

It was blood. My precious toddler was covered in his own feces and blood. COVERED.

He looked as though he had just gone through some kind of army boot camp, except that wasn’t dirt smeared across his eye, that was his own bodily waste. His nose clearly had been bleeding, his diaper had failed at its one job, and my sweet babe had decided to take a little sniffsies of his crap.

Poop was on his face. Poop was in his hair. A little poop managed to fall into his right ear. His shirt was annihilated, his diaper was worthless and both legs and socks were extremely shit-stained.

If my phone had been close by, I would have absolutely taken a picture. I’m that mom. My kid has crap and blood on his face and I wanted proof that this was indeed real life.

Because one day, this would be funny.

– Until the next time this redhead rambles…

Jennifer is a full time life coach and peace keeper to two beautiful babies and one large man-child that she has been married to for four years. She keeps her sanity by writing about her job as a SAHM, using dry humor and heavy sarcasm whenever possible. Jennifer enjoys spending her days chasing her toddler, drinking unhealthy amounts of coffee, decorating her home and updating her blog lifeasaramblingredhead.com weekly. Her writing has been featured on Scary Mommy. You can also find her on Facebook. 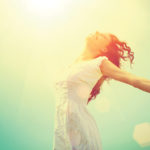 My Husband Hates My New Lover 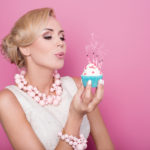 We Must Remember, Birthdays DO Count #BirthdaysCount