I know what you’re thinking. How does one accidently wax anything, especially an asshole? No, I wasn’t carelessly walking around with a hot wax strip and no, I didn’t suddenly stumble into my husband’s unsuspecting asshole as he lay cheeks spread on a couch somewhere. But I assure you, we both would have preferred that scenario to what actually went down. Let me explain.

My husband is hairy AF. He’s got hair growing all over his beefy body, but he’s also a bodybuilder and he hates the hair. So, he shaves everything. From his chest and his stomach to his arms and his head, if he can reach a razor there, he removes the hair. And he’s definitely no stranger to the weekly dude pruning on those wiener bangs.

But naturally, there is one place he cannot reach: his back.

So, on what began as an average Saturday, after weeks of begging me to wax his backsquatch, I finally agreed. He handed me an at-home wax kit and told me to go to town.

Now, it’s worth noting, I have never waxed anything on my own. I’m sure there’s a method, a pull this way, not that way sort of rule, but follow them I did not because how hard can it be, right? So away I went, applying the hot wax, securing the cloth and then ripping away at the hairs one tiny bit of real estate at a time.

If you’ve ever waxed a large area before, you quickly realize just how tiny those strips are. An hour in and we’d barely scratched the surface. My husband was reaching the end of his pain threshold and we weren’t anywhere near done, so we had to keep going. His skin covered in goosebumps, his patience waning, and me cursing the day I ever said yes to marry this hairy mess of a man. But on we went.

His shoulder blades, his spine, his lower back and every area in and around. Until, finally, we reached the bottom of his back. Glory, glory, the end was in sight! Or so I stupidly thought.

You see, tucked just below the thin piece of elastic boxer brief was a thick layer of hair. Hair that could not be ignored as it poked out like a blazing brush fire against a freshly barren earth.

This was the moment I regret most. The should I or shouldn’t I moment. The I-should-probably- call-it-a-day-because-he-only-said-“wax my back”-and-wax-his-back-I-did moment. But no, I wanted to be thorough. I wanted to do the job to completion. I wanted to wax every inch of hair from that Viking’s backside if it was the last thing I did. After all, we’d gone this far.

So, I plunged further, rolling down his boxer briefs just below the waistline. The plan? Remove the visible hair. Just the visible hair that poked above the border of boxer. And, on we went.

My husband was close to tears with each pull of the strip and I was quickly realizing how much I had underestimated the hairiness of his cheeks. Just like before, this hairy domino effect had dominoed right down to his buttside because it turns out I couldn’t just do the hair at the boxer line, or there’d be a weird sort of border of smooth cheek against harry cheek. An obvious separation of deforested land and Lorax territory. We simply couldn’t have that. So, on we went.

Finally, after over 2 hours of unrelenting torture, I was done. I stepped back to admire my handywork.

And then I noticed one not so tiny problem.

In my wax induced craze, I had successfully stripped away all the hair on my husband’s glorious rump and yet overlooked one very important area. The forbidden zone. The brown eye. He-who-shall-not-be-named. Basically, I had left grass in the gutter.

That’s right, his wolverine taco was stuffed full of toppings, and I wanted to run for the exit.

We could just pull up the boxers and pretend it wasn’t there. After all, who would know? Me. I would know. And I would never again be able to appreciate his Greek God physique knowing that such a hairy landing strip dwelled just below the surface.

Plus, we were in too deep, literally. There was only one thing left to do. I handed my husband a stick to bite down on while I very carefully spread open the cheeks. I was going in.

Some say, if you’re quiet, you can still hear the screams floating just above Earth’s atmosphere.

And that is how you accidently wax an asshole. There were giggles, mostly mine, and tears, mostly his. The hair has long since returned, but my husband has never again asked me to wax any piece of his body.

Author Bio: Ginille Forest is a writer living in the Pacific Northwest. She chronicles her life as a feminist and mother of men, with the occasional interruption from her anxiety, which she nicknamed Sheila. From farts to brain injury, no topic is off limits. If she can laugh or cry about it, she’ll write about it. Find more of her work at ginille forest dot com. 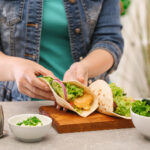 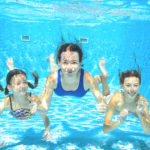