As a child, I watched you fall asleep face down in plates of food. I’d ask permission to go outside to play, but when I came home, I was met with a Valium-induced lunatic who frantically reprimanded me for leaving the home without approval… because you couldn’t remember allowing me to go out in the first place.

However, you never seemed to forget where your magic pill bottle full of your zombie medication was. You and your benzos spent a lot of time together. Dad would get angry; he would smack you, throw your tiny frame against the wall, and become a beast like I’d never seen.

I didn’t understand his awful rage back then.  There was no excuse for his abuse, but now, years later, I can comprehend his anger, and maybe even some of his actions.

As people go through adulthood, one assumes you would get wiser with age. However, your life stayed the same, and you didn’t grow. When dad passed away from the radiation that killed his brain tumor and his immune system, all went to Hell; you were a mess, the worst I’d seen since you first set out on the benzo path.

The pain of dad’s death was just as devastating for me as it was for you.  I tried to understand, empathize, and be patient, but things began to spiral out of control.  Getting sent home from work for falling asleep at your desk was humiliating for both of us. I only pretended to listen to your feeble attempts at excuses.

There was no excuse for his abuse, but now, years later, I can comprehend his anger…

Then there was that banner moment when you babbled incoherently at a brunch with my future in-laws. I sat helpless, shrouded in embarrassment and watched you repeatedly drop your fork while attempting to eat.

You even had your benzos tucked conveniently into your beaded clutch on my wedding day. Time and again you have let me down and claim to have no recollection, but there is one episode in particular that I need you to remember.

The evening that you passed out and left the oven on. Do you remember that? You weren’t answering your phone and I went to check on you. I walked into your house to find it filled with smoke. I tried to revive you but my attempts were futile. I screamed and sobbed while shaking and slapping your lifeless body. The sorry excuse for a mother that laid before me. Scared you were dead, I slapped one more time; with force and fear. As you began to wake from your Xanax-induced slumber, you charged after me and confronted me face to face for a fight… with my baby in my arms. Do you remember that Mom? Because it’s not fair for me to remember and you to forget! Addicts always get to forget.

You emotionally destroyed me and then forgot.

It wasn’t until you put your incoherent slurring and stumbling on display in front of my children that I knew I’d had enough. My children. The children who are now old enough to remember. Let me tell you what its like to remember. The constant worrying, continuous facade and being the only one who knew! Can you try to imagine how that felt? The arduous burden I’ve carried for years. My body’s reaction to your benzo-fests is immediate and fierce. The sweating commences, the nausea stirs in my gut, my heartbeat races and pounds while my body goes rigid.  The thumping in my chest is all I can hear. First there is anger. Then anxiety. Then embarrassment. The last two subside–eventually–but the anger always stays.

You made my children witness that despicable pathetic excuse for a grandmother! That droopy, glazed over, soulless look on your face. How enraged it made me feel. How with every fiber of my being I wanted to smash it in with my fists and destroy it. That was when I understood and felt Dad’s anger. In those moments, there is an overwhelming slew of emotions.

It was then, when I confronted you and got nothing but denial, that I forgave dad for the physical abuse. I often look up to the heavens where I believe him to be and silently ask Dad what to do. What do I do? Silent on the outside but screaming in turmoil on the inside.

When I get a glimpse of the sober you, I miss you. I miss my mom.

Thirty years of addiction. Thirty years of secrecy. Thirty years of becoming completely disenchanted with my own mother and then came a breakthrough. You finally admitted your addiction because I gave you an ultimatum. Get help or stay out of our lives. You looked me in the eye; an inconsolable sober mess and promised me. You promised!

But that bold soap box promise became nothing more than two emotionless words–get help–on a relentlessly postponed and ambiguous to-do list. You laid out every excuse imaginable as to why you couldn’t make or keep the promise. And you know what? I believed you!

I actually believed you.

Well, shame on me. At the next family gathering, the benzos were invited. How naive I was to think that I had everything under control. Once again, you reminded me not to trust.

When sobriety makes a brief appearance, you are my best friend–my closest friend. When I get a glimpse of the sober you, I miss you. I miss my mom.

This addiction was not a result of Dad’s death. I know that you currently use that excuse with your physician.  You lie to that enabling bitch who showers you with whatever pills you desire when you parade your anxiety and grief in front of her. Dad passed away 13 years ago. You have been in the depths of addiction since as far back as my childhood memory will take me. Anyone can do the math. Where is the beautiful, incredibly smart, and funny woman who I know to be my mother? She is ugly. Her eyes are half-closed, mouth drooping. She is speaking but not making sense.

There is no end to this. No therapeutic advice.  No poignant conclusion.  The anger always stays, and I’m angry.

Sara is a wife, busy mother of 3 and amateur chef stumbling through organized chaos on a daily basis using sarcasm and humor to stay sane. She will take any opportunity to demonstrate the running man in public and enjoys being a sarcastic smart ass. Sara is the writer at Happy & Humble, and you can also find her on Twitter and Facebook. 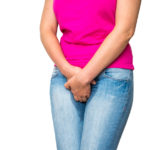 I Pee My Pants 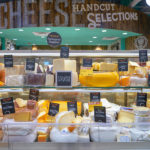 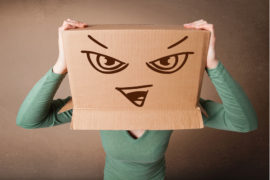 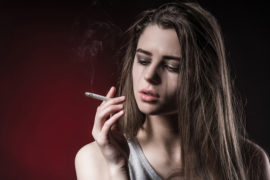 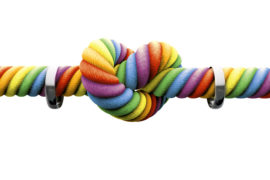