It was Sunday morning. I was still trying to wake up but wasn’t inspired. I hadn’t had my coffee yet, so I was  grumpy and sluggish.

Then my husband yelled “What?!” “Oh my god!” He careens  out of bed–buck-naked, like his balls are on fire.

I was now wide-awake, no coffee needed. “To what do we owe this man dance au natural?” I asked.

“I just got an email from Morty. We are getting $55,000 back from the federal government!” shouted my husband.

Should I go into the bank and ask for the money in $1 bills, throw it on the bed and roll around on it?

Let me paint you a picture of Morty: Mr. Weintraub is our CPA and has been doing taxes for the rich and famous from his high rise office building overlooking the beach at Santa Monica, California since before I was born. Morty speaks in such a deep voice that he sounds like Barry White. When he talks, you feel compelled to listen. Morty doesn’t make mistakes on tax returns. Morty doesn’t let his clients get audited.  Morty knows his tax shit.

If Morty said we were getting $55K in hard cold cash back from the government, then goddamnit we were!

Within seconds of hearing that the government was so generously giving us a wheelbarrow load  of our hard earned dollars back I suddenly had visions of grandeur cast a sweeping panorama of riches through my imagination. What could I do with such a large sum of money? Should I start planning an international trip right now?  I have wanted granite countertops in my kitchen for so long! I want a new banister. My car is getting old.  My husband has been drooling over a Canali suit for five years. I could save it for a rainy day. No, that’s boring. 529 savings plan? Hell no.  Should I go into the bank and ask for the money in $1 bills, throw it on the bed and roll around on it, letting those crisp dollar bills cover my body like a very expensive blanket?  Sounds fun.

Then it came to me.  I knew exactly how we would spend some of that money.  I got on Google and furiously started researching elephant sanctuaries in Thailand.  I have always wanted to go to Thailand and elephants are my most favorite animal in the world.  I found this amazing place in Northern Thailand called BLESS.  They have three cottages, perfect for my family.  They care for elephants, as well as other animals, deep in the heart of the jungle.  They feed us organic Thai food.  My four children would love us even better if we took them on an elephant trip. I envisioned my kids bringing me fancy drinks and thanking me and appreciating my magnanimousness.

A few days later a small white inconspicuous envelope arrived on our doorstep.  It was the tax return forms. All we had to do was sign, and the money tree would flutter our big payout all over us. We glanced at the forms and our jaws dropped. There was a major detail that was disturbingly different. The money we were set to receive was $50,000 less than we were told in the email.

He apologized for sending that email with an additional number five.

It was only our money for a few days, but it was fun to dream while we had it.

Thailand is on hold… for now.  My minivan is old but it’s still rad; the doors slide open and closed by remote and there isn’t anything better than that when you have four small children.  My counters are plain old tile, but they are practical. The paint chipping off of my banister adds character.

We all have a “wish list” of places we want to visit and things that we want to buy if only we had that unspoken for $50K extra cash in our pockets. A large weight of financial pressure had temporary been lifted from our shoulders when we thought we had some fat stacks coming our way.  It is expensive to raise a family today, especially a large one.

I was disappointed for a few hours and then I landed back in reality.  Yes, it’s cliché, but all that matters is that our family is healthy and happy.  Extra money would’ve been fun, but my family has everything we need in life and I am grateful.

That is a true story.

Megan Woolsey is the author of the blog, The Hip Mothership.  When Megan is not raising four children (including triplets) or writing, she enjoys hot yoga, cooking, and obsessing about traveling the world.  Her dream career is travel writing. Megan has been published on Huffington Post, Scary Mommy, BLUNTmoms, Bonbon Break, Role Reboot, Great Moments in Parenting and Erma Bombeck’s Writer’s Workshop.  Connect with Megan on Facebook, Twitter and Pinterest. 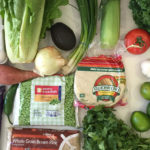 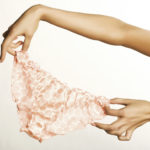