Jean Piaget, the Swiss cognitive psychologist, while devising his famous Theory of Cognitive Development, observed and studied his own kids as subjects. He not only observed their behaviour and development from birth onwards but also carried out experiments on them. Watched them cry. Watched them laugh. Watched them throw tantrums.

Apparently, however, his observations weren’t much of a help in actually taking care of the kids. Like changing diapers, feeding them, putting them to sleep. I don’t know if his wife ever objected to his continuous behavioural observations and the fact that some of his experiments must have made the kids cry, or at least prolonged their tantrums; but if I was in her place, dad would certainly have received a piece of my mind!

In my case, however, I was the psychologist. And since I was so caught up in actually taking care of my babies, I didn’t really have the time to observe and study their behaviour. New mothers especially, chronically exhausted as they are, are generally more focused on getting through the day than observing precisely how the kid reacted to a certain stimulus. During the initial five years of my marriage, with one kid followed by a miscarriage and then another kid, plus the household responsibilities, I didn’t quite get the time to remember that I was, in fact, a Clinical Psychologist, and I could have at least compared Piaget’s theory with my own observations.

I did get another chance to make such observations, almost a decade after my firstborn, when I had my third baby. But this kid! It was next to impossible to make any observations when she was mostly crying at the top of her lungs, and when she slept, her dad and I didn’t even dare cast a glance at her, lest she sensed that we were looking at her, and suddenly woke up. We just caught our breath in the meantime.

Coming across Piaget’s theory from time to time, I have often wondered how his kids were so calm that he could observe and study them in detail. Doubtlessly, the kids were from a different age. Much more calm and composed.

The kids of today, of this digital age – calmness is one thing that does not define them. They are fidgety and restless, always on the go. Most kids I see today are like that. There must be exceptions. But when I compare my own 14-year-old with my 4-year-old, and their respective behaviours at a certain age, I am astounded at how fast the human mind is evolving!

Kids these days are smart, and though my 14-year-old is a very intelligent young man (According to his teachers. I honestly don’t mean to brag!), yet I can see somewhat of a  generation gap between the respective intellectual levels of the two – though only ten years apart in age. They might end up having the same or similar IQ, but right now, at 4, my little girl appears much smarter than either of her two siblings were at the same age.

I can’t help but think that these little observations might be unfolding before us the self-evident fact that the human intellect continues to evolve. But wait! This is something we always knew, right? So what’s so surprising about it?

Well, sure! The human brain, mind, intellect, intelligence, whatever you prefer to call it – has always been evolving. But I believe that the rate of intellectual evolution has somehow accelerated with technology. And the current rate at which the intellect is evolving is crazy!

I wonder where this intellectual evolution will lead us. Also makes me wonder, considering the levels to which their minds have evolved, if our kids actually view us as apes. We must appear dumb to them. My teen always gets a kick out of asking me if I ever went to school. And though I know he’s only teasing me, the mischievous question never fails to annoy me. Now I wonder what type of school he thinks I went to. A-prehistoric-school-for-Dodos-on-The-Planet-of-the-Apes, perhaps!

Fatima Altaf:
I am a Dubai based Clinical Psychologist, research article writer and blogger, and mom of three splendid kids of ages 14, 10 and 4. My articles and blogs are regularly published on different media and blogging platforms and online magazines. Following are links to my personal website and personal blog, which include all my published pieces with links to the publishing websites: fatimaaltaf.com, thepsychologyblogdot.wordpress.com, psikolog47.wordpress.com 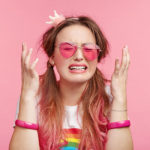 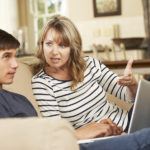