Someone called me a good mom recently and I didn’t enjoy the compliment. That’s not a ‘humble-brag’; I expect that all readers of Blunt Moms are probably good moms, or they wouldn’t be reading about parenting in the first place. But I always scratch my head in bewilderment at being any kind of mom at all, because I am an existentialist. More to the point, I am an existentialist mom.

For those who’ve forgotten their Philosophy 101 or slept through it in the first place, existentialism boils down to life’s utter pointlessness. Existentialism posits that there is no default reason whatsoever for life except for what we impose on it, or the fun or misery we end up making out of it. Existentialists don’t believe that God or anyone else watches, cares, protects…or doesn’t. Existentialism lies at the heart of whatever.

If my little darling wins a coveted spot in a competition I won’t think it was because Junior was born under a lucky star. And, conversely, if Junior tumbles down the stairs I don’t think the Devil made it happen, or that God had a reason for it to happen, or that angels in Heaven will care if Junior’s head cracked like Humpty Dumpty’s.

The phrase, “s**t happens” originated with the existentialists, except I suppose not in those exact words, since the original existentialists were German and French. But, hey, “meaninglessness and absurdity happen,” just doesn’t have the same chill ring to it.

I wasn’t always an existentialist. My biological drive to make babies was powerful enough to override my thinking brain. For a few years before childbearing I probably hovered in between the philosophical schools of idealism and pragmatism. But having real-life babies shot me directly into the existential arena.

And since very consciously making myself a mother, I’ve come to think that not just being human, but being a mother is by far the fullest expression of the existentialist. Simone de Beauvoir, famous existentialist and all-round party gal – and never a mother herself – had nothing on us moms.

Anyone who has read Green Eggs and Ham 25 times straight has experienced existential parenting. Anyone who has changed a diaper only to have it refilled in thirty seconds by a gurgling baby, understands pointlessness. The meals slaved over and forgotten within minutes of consumption? That’s an existentialist supper.

And mothering a boy can be the ultimate expression, above all others. Why? Did you ever hear the old adage, “A son is a son til he takes a wife; a daughter is a daughter for the rest of her life”?  Sexist and heterosexist to be sure, but therein lies a kernel of truth. Beyond the generalizations, a son often is a son until he flies the coop and forgets that his mother ever existed. Does anyone know a grown male who, of his own volition, regularly communicates with his mom once he has left home?

And from an existential point of view it isn’t necessarily “better” to be a good mother than a bad one. The existentialist’s paradox is that Bad Mom’s existence will be recalled for many decades into the future in the therapist’s office, while the good and dutiful mom will be long forgotten. Good Mom’s love and efforts fade into the ether as the successful adult child attributes his or her success and happiness entirely to personal effort and strong character. Mother…what mother…?

Of course none of us are going to transform ourselves into matri-monsters in order to become a talking point in future therapy. I simply suggest, having just made the kids’ breakfasts and cleaned up after for the thousandth time, that being a good mom is the evanescent task of all of life’s tasks.

Now I only hope that one of my sons will pursue a degree in philosophy. I’m dying to ask and debate on the subject, “Does the good mother exist if she does not receive a birthday card?” And if the particles of energy from which I am made do not fade into the atmosphere, I will let you know the answer.

Liz Sydney is a too-blunt mom – which means always in trouble someplace – raising two boys. She’s thrilled to write about a parenting topic unrelated to her blog theme Our Violent Child and she loves joining punny hashtag games on Twitter.
0
Author Wannabee BLUNT 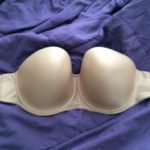