As a group facilitator, I get to listen to people on a regular basis discuss what it means to be male or female.  Between my men and women’s groups, we quite often get into discussions about gender roles.  Recently we discussed the differences in how parents raise boys and girls.  While both groups addressed the obvious double standards that exist, one concept group members agreed on was raising their daughters to be strong and independent.  Why? Mostly because they do not want their daughters to become dependent on their partners or taken advantage of and unable to leave if a relationship became abusive.

Encouraging daughters to harness those characteristics is GREAT!  I strive to do it when it comes to raising my own daughter.  I am quite clear that if I did not have people in my life encouraging me, offering an even dose of tender and tough love, and providing fundamental life-skills, I might feel slightly more lost as an adult.  I want my daughter to have access to the same support and to have confidence in her ability to live and thrive beyond me.  This desire, however, to raise daughters that do not have to rely on others leads to quite the conundrum.  The creation of women that are “too strong” or “too independent.”  What does that even mean?

It seems to suggest a woman has surpassed a limit.  The ability to identify the limit, who determines it and at what point a woman surpasses it, varies.  It could mean her physique appears more masculine than feminine.  It could mean she is so financially stable that she does not need a man.  It could mean she has opted for a career instead of motherhood.  These ideas, and many like them, continue to convey a culture of sexism.  Despite the vast body of work acknowledging changes in gender roles, the expectation still exists that women will eventually align with tradition.

It bothers me that my daughter would be considered “too” anything just because she is capable of taking care of herself or acting as her own advocate.  It sends a mixed message.  Be strong but not too strong.  Be independent but not too independent.  It is unfortunate to think that after teaching our daughters about the world, how it works and how best to carve out their own place that they could be punished for it as adults simply because they do not fit into the neat little box of what a woman should be or do.

Marianne Williamson said it best in her book A Return to Love: Reflections on the Principles of A Course in Miracles, “There is nothing enlightened about shrinking so that other people won’t feel insecure around you.”  A lesson many of us have learned is that we cannot live for others.  Our lives belong to us, just as our daughters’ lives belong to them.  As parents, we sometimes marvel at the curiosity, whimsical, artistic and somewhat fearless attitudes of our daughters (which we hope does not fade).  And as parents, we serve as their biggest advocates in building their own self-worth and sense of individuality.  If I pass nothing else to my daughter, I want her to learn two lessons.  One, it is okay to operate outside of traditional constructs.  Two, conformity never effects change.

Latanya Muhammad is an educator, group facilitator and freelance writer.  To learn more about her and her work visit www.shetanagain.com. 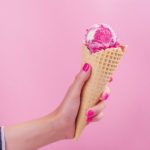 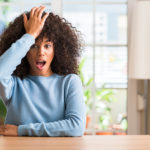 Husband, I Forgot Your Birthday

Feeling Nostalgic for My Chain-link Fence