I am one of those people that make others uncomfortable.

I hug people I just met. I touch people while talking to make my point. I am all feely and up in your space.

I just can’t help myself.

So, it would stand to reason that the touch of a good masseuse would be my personal Shangri-La; what with all that hands-on contact.

Except, well, no; it is just the opposite. The thought of a masseuse is more like torture with mood lighting and pan flute music.

Don’t get me wrong, I begrudge no one their Zen moment courtesy of the massage table. But every time I lie down and put my face in that cushioned hole, I might as well be stepping up to the guillotine; gripped by dread over a sure death.

I am that uncomfortable.

Apparently, I am missing some female gene critical to a relaxed existence. Because I just can’t even.

Expired spa gift certificates litter every junk drawer in my house.  Well-meaning people, who thought a massage would be greatly appreciated by this touchy-feely girl, would be disappointed to know their gift went unused.

Lord knows I tried to be a believer, but I finally gave up in 1997. You know, way back when Bill Clinton was President and I could still sneeze without peeing.  That year, my girlfriends decided I needed a massage as part of my bachelorette festivities.  I resisted initially, but if the Lifetime Channel has taught us anything, it’s that this is what women do; they spa together. So, I let my friends woo me with talk of cleansing toxins, down time and bonding.

They failed to mention that, in my case anyway, the toxins can take up to 3 days to leave the system. I’m not sure anyone was mentally prepared to bond with my raging Bridezilla side as all that poison freed itself through my pores and, more specifically, my mouth.  An hour of leisure transformed me into a big ball of negativity; spewing venom at anyone within striking distance for days.

Many would argue that I was already a Bridezilla going in, but that is just crazy talk.

Over the years, I have pleaded my case and discovered that people have an inherent mistrust of anti-massagers. And because I have difficulty articulating exactly what makes it so unpleasant, they assume I am hiding something. Something sinister, like maybe I view massages as sexually charged and they make me uncontrollably promiscuous.  Yeah, notsomuch.

If anything, the whole process is asexual.  What is the point of taking your clothes off if you aren’t going to feel good? People, this is bad naked all the way.  #unhot

Others insist that I just need to find the right masseuse; which may be true but I am done sampling spas to prove the theory.  It’s not like I go to the kiosk outside Forever 21 at the Mall to get a rub down. I have been to the best of the best and it is still just the worst.

Yet, I spend the entire session in search of an escape hatch like a fighter pilot under enemy fire.

Alas, it is time to let go; it was not meant to be:

It is the end of the road for us. If it’s any consolation, it’s not you, it’s me. There are plenty of great people out there who will appreciate all that you have to offer. Move on, you deserve better….”

I get more out of an hour on the couch with bad reality TV than I do from a professional massage. Does that make me hopelessly defective?  The universe is telling me that yes, indeed it does.

Well, I may be broken, but I am content to stay home and let an episode of The Housewives work out all the kinks.  What better way to validate my neurosis? Every single BRAVO housewife has a masseuse on speed dial and it hasn’t improved their lives one iota.  Drama and stress are like oxygen to them and makes me feel so much better about my life.  What could be more calming than that?

I just know if I met the housewives, I would immediately want to give them a big, old hug. But that would be uncomfortable, right? 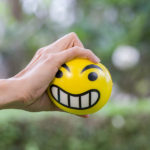 It Takes Balls To Be A Woman 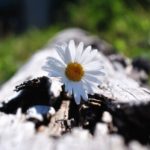