We have a female-dominated household; my husband is the only dude among us. And, if I do say so myself, each one of our three daughters is a cool chick just doing her thing in her own unique way (as long as it’s what everyone at school is cool with, of course).

I could write an entire book about each of my kids because I’m an observer like that. I love analyzing the shit out of the people around me. (Yes, I am watching you.) But, we all know the only people who’d want to read a mother’s in-depth psycho-analytical description of her kids would be the mom herself, the kids (when they’re older), and grandma.

So, for the sake of this piece (and in a bid to be relevant to the online world) I’ll just go ahead and get to the point: My eldest daughter just turned 13 and she is a force to be reckoned with.

First of all, she is a rock-solid acrobat who is, literally, upside down more often than not. (And yes, she “obviously” has the Instagram feed to prove it). She is also slightly cynical with a natural ability to see through other people’s bullshit.

She drives me crazy and makes me so proud on the regular. Such is life when you’re parenting a 13-year-old. Am I right? I mean, come on people! Can I get a “Hell Ya?!”

Raising confident daughters who have a strong sense of self-worth is my main goal as a mom yet sometimes I worry I’m not doing enough to ensure this.

Recently, though, my eldest girl made me feel like my work here (in the area of self-worth) is pretty much complete. I mean, I know my work here is only just beginning, but for a few bafflingly spectacular moments I saw a level of wisdom in my child that confirmed my time spent explaining the derogatory nature of Drake’s song lyrics was time well invested.

Our recent exchange went something like this:
Teen: “Mom, Jake asked me out.”
Me: “Oh, really? When? What did you say?”
Teen: “Last night. In a text. And…I told him to fuck off.”
Me: *gulp* “Oh? And why is that?”
Teen: “Because he has a girlfriend already, Mom! He shouldn’t be asking me out when he already has a girlfriend.”
Me: “And you felt the need to use the F-word?”
Teen: “YES! He’s a player; the kind of guy who, when he gets older, will have sex with as many girls as he can, Mom.”
Me: “Fair enough. Well done, kid. Well done.”

See, what I mean? Quite the jaw dropping, what-the-hell-just-happened, parenting moment, isn’t it? I couldn’t help but feel proud; proud of my child’s natural ability to know she deserves better than what that little douche canoe was offering up. I also whispered a tiny “WTF?!” to myself, because: a) My daughter was being asked out by someone, and b) She has a real little edge to her. She swears and calls people out on their bullshit.

My F-bomb-dropping teen likes to wear what everyone else is wearing. She also likes to listen to the music everyone else is listening to. When it comes down to it, however, my girl has a mind of her own and she’s not afraid to “text” it.

My teen can fry an egg AND she knows an asshole when she sees one. She is basically adulting better than many adults. Now, if I could just get her to tidy her damn room…

This piece first appeared on Parent.Co. 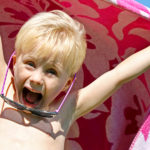 School’s. Out. For. Summer 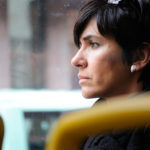