As an afro-latina mom raising a son, there is so much that I want and have to teach him. One of the most important things is about our culture. Our Afro-Latino culture, and the language. I also have to teach him about the ugliness that exists in this world. Growing up I was often ridiculed, made fun of, or bullied because I wasn’t black enough or Latina enough. I recently did a guest post on #IAMENOUGH about growing up afro-latina in the south, and it brought up a bunch of childhood memories I wanted to forget. So you can imagine my anger when an older man told me that I shouldn’t be “indoctrinating racial bias and hate” into my son and that racism doesn’t exist.

Telling me what I should or shouldn’t be teaching my son. Never EVER tell a black mother NOT to teach her son about his culture.
Just because something isn’t affecting you doesn’t mean it isn’t affecting someone else.
This isn’t just about how the world will see him, but about how he sees his self.

Being black and latino aren’t mutually exclusive. So as an afro-latina mom I have to teach my son what it means to be a black latino.

At one point we lived in a Mexican neighborhood. My friends used to call us “seruya.” That’s not a word we really use so when I asked my mom what it was she said it was something they call black people. We used to play and speak Spanish with them everyday but to them we weren’t Latino we were just “seruya.”

My mom has always told me we are Panamanian. PERIOD. Nothing more, nothing less, and that’s what I’ve always told people. Even saying that was confusing though. It created more questions. So does that mean you’re black or Latino? Afro-Latina/o was not a term we used back then. I should actually say, it was not a term I was familiar with.

As an Afro Latina Mom i want to make sure my son doesn’t have that confusion. That he has a clear understanding of what it means to be an Afro Latino.

A Latino/a with African roots.

I think growing up I had such a hard time understanding because it wasn’t really explained to me. Any of the Latinos I saw on t.v. were light-skinned. None of them looked like me. My grandparents have always maintained that we are Latino NOT black. I knew I would have to educate myself as well as any future children I would have.

It’s really important to us as Afro-Latinos that all parts of our heritage are acknowledged equally. I need my son to know that nobody can tell him how to self identify. He will not only need to know how to deal with the police, but how to address the colorism that exists in the Latin community.

There are certain conversations people don’t like to have because it’s uncomfortable or it exposes them for who they really are.

So to the man who told me not to teach my son about our culture maybe you should teach your children about our culture as well. There is so much ignorance in regards to the afro-latino culture that I would be doing him a horrible disservice if I don’t educate him.

Kisha Gulley is an afro-latina living in Dallas. She’s a former flight attendant,but her new roles are as a  pilot wife and sahm to a rambunctious boy! Initially her blog was started as a way for her to share her experiences as a new mom and wife. It’s slowly evolved to include her personal experiences as an Afro-Latina as well. You can usually find her with a glass of champs on social media at Twitter Facebook Instagram The Kisha Project 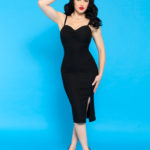 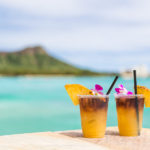