Hello. I’m here to apply for a job as a teacher. Here’s my resume. Is there anyone that I can speak to regarding job opportunities in this school?

Where am I from?

Well, we first moved to the Middle East back in 2009. What an adventure moving halfway across the world! Our first residence was in Al Sadd. We had a lovely, furnished three bedroom apartment. Absolutely charming except for the heavy curtains that took 2.5 people to part. When I finally parted the curtains, I found myself facing a construction site whose workers found it in their job description to peer through my window. Those curtains went down right away, only to find ourselves in 24 hour darkness. That only set our jet lag back another 2 weeks.

But I digress. We moved to Al Waab which apparently is supposed to be pronounced with a kick. “Al Wa-ab” though our Google maps lady just says “Al Wub” so we just stick with that pronunciation. Did you know my four kids were between 9 and 2 when we moved here? They grew up in Al Wub! We loved our “villa” (it sounds so Italian!) and we lived in a gated community for eight years. Our security guards kept getting replaced depending on the newest crime ring (prostitution, drugs, etc) but overall, we loved living in that community. So yes, we are from Al Wa-ab.

But where am I from?

Oh, of course. Everyone here is an expatriate who hails from somewhere! Yes, we are from suburban Long Island. We lived in a lovely ranch-style home that allowed me the ability to run from one room to the other, depending on what catastrophe arose with raising four little children who were all born in the span of six years.  I see you shaking your head in disbelief. I know, I was so busy! If one toddler was on the toilet, the other was in the tub, and the other was hanging off my leg waiting for their sippy cup. Meanwhile, pasta was boiling on the stove and the phone was ringing. I think the first phrase that my kids picked up was “Just wait.” And so they waited for mommy to gain some sanity. They’re still waiting. I actually had a relative swing by (unannounced) out of sheer boredom. “I love the hustle and bustle in your house!” Well then, have a seat and enjoy the show. This may be exciting for you, but it’s psychotic for me. Anyway, I’m originally from suburban Long Island where I worked as a domestic engineer.

Wait, you’re not asking about Long Island, are you? Oh, Long Island is in NY. No, not New York City, I mean NY State. There are 50 states but we don’t really count Hawaii. Or Alaska, for that matter. New York is the name of a state and a city. Yes, I have lived in New York City. And since you haven’t even deigned to glance at my resume, I’ll have you know that I graduated from Barnard College with a double major in History and Political Science, with a
minor in Secondary Education. I’m a very well-educated teacher. What’s a Barnard? Barnard College is one of the colleges associated with Columbia University but since you don’t know what I’m referring to, let’s just say Columbia. The University, not the country. So there you have it. I’m from Columbia University in Manhattan.

Ah yes, now we get to the crux of the matter. I see you haven’t even looked at my resume yet. Or do they call it a CV in this part of the world? What does curriculum vitae even mean? Anyway, I’m from the Hudson River Valley. It’s in Westchester County. Does that answer your question? Where is the Hudson River Valley? Well, I suppose it’s near the polluted, smelly Hudson River. And please don’t refer to it as “Upstate NY”. That term is used to describe any vicinity past the Tappan Zee Bridge. I grew up in a teeny tiny village called Dobbs Ferry. “Go Eagles!” Yes, Dobbs Ferry was a lovely place to grow up. I graduated from high school with the same people I attended kindergarten with. We had our own song called “I Remember Springhurst.” My sisters and I remember parts of the song, usually just the chorus. Is Dobbs Ferry near Yonkers? Yes, I suppose. But no, I’m not from Yonkers. I don’t do drugs. I’m from Dobbs Ferry which is near the Hudson River. Shall I sing you “I Remember Springhurst?” to prove that I’m from Dobbs Ferry?

Gosh, you look confused and my resume (or C.V.) is half crumpled. Are you upset about something? Oh, maybe you’re perplexed by the headscarf that I wear. Yes, I’m Muslim. I’ve been wearing hijab since I was 17. No, it wasn’t a rite of passage and no, my parents never forced me to wear it. Gosh, my mom wanted me to take it off! I started wearing hijab pre 9/11, when it was perfectly acceptable to have a religious awakening. No, I’m not bald though my hair is thinning but that could be because I’m almost 40. Am I from Iran? What makes you think I’m from Iran? Haven’t you heard anything that I’ve been saying?

Oh, I see. You want to know where I’m from BEFORE I was born. Well, my father is a brilliant chemist who manages a Dermatology lab in New York. My mother was a stay at home mom though she used to be a math teacher. In fact, all of my mother’s and father’s siblings are highly educated. So I’m from a very well-educated family in Dobbs Ferry, in the Hudson River Valley in New York (not the city).

I see you’re exasperated and shaking your head. Wait, you want to know where my parents are from? They were born and raised in Pakistan. Oh wait, is that what you’ve been asking about? Why didn’t you say so? My parents emigrated to NY in the early 1970’s. They loved it so much that they invited the whole family. My sisters and I, and my close cousins, were raised in New York. Yes, I can understand and speak Urdu (quite laughably). Of course, I love biryani. Who doesn’t?

Oh, you’re handing me back my C.V. (or resume) because you don’t hire Pakistani teachers in this school. Well, thank you for your time.

Adeeba Jafri is a mother of four kids (three of them are teens, so help me), currently living the expat life in a tiny country in the Middle East that she doesn’t want to mention for fear of getting deported. She graduated many moons ago from Barnard College with a double major in Political Science and US History, before having her four kids, when she had brain cells. She is the author of The Baby Garden, Alia and the Story of the Rose, and The Path that Allah Made. She manages the FB page Dessert in the Desert, where she posts interdisciplinary Islamic Studies lesson plans and activities for after-school programs. (https://www.facebook.com/dessertinthedesert/) She enjoys food, fitness, writing, teaching, organizing youth group events, reading fantasy novels (to escape all the aforementioned activities) and more food. 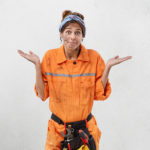 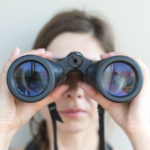 Gun Violence in America – We Need to Adjust our Focus