The most unfortunate consequence of life is death. As we meander our way through midlife, the inevitability of catastrophic loss becomes more tangible with every passing year. We watch as our parents age and we’re unwillingly forced to wonder, “Will this be the year I lose one of them?”

And somewhere in the darkest corners of our minds, a defense mechanism sets itself in motion like a ticking clock and we begin to formulate plans. We brace ourselves for this terrible thing that we know will happen one day so we’re ready for it when it does. So it won’t be as hard. So maybe it won’t obliterate our entire world.

And that works—to a degree, at least. When my father passed away last summer, it came as a shock to everyone but it was not entirely unexpected. His health had crept along a slow decline for many months until the last of it withered away during the wee hours of the morning. My mother and I, along with my brother, made the funeral arrangements. We picked up those pieces of our lives that were shattered by grief, glued them back together and eventually, life continued on in his absence.

Nothing, not one single thing, could have ever prepared me for the sudden loss of my brother—my only sibling—just three months later.

Even now, I still can’t wrap my mind around the fact that it happened and I don’t think I ever will. Lee was only 37 years old and healthy as far as anyone knew. The morning of November 25th, one day before Thanksgiving, he was rushed to the hospital after passing out in his home. My mother’s phone call scared the living shit out of me. So much raw emotion steeped into so few sentences, I was haunted by the phone call I’d gotten just three months prior.

I spent the afternoon by my mother’s side as we anxiously waited for the slightest glimmer of information from anyone wearing a set of scrubs. After some time had passed, we were told he was suffering from severe internal bleeding, the kind that usually comes from blunt force trauma, and he would require immediate surgery to locate the source.

Hours later, the waning light of day brought with it a definitive answer: a ruptured abdominal aneurysm.

Post-surgery, his bleeding was under control for a short time and he was supposed to be okay. They don’t understand what happened. He just… would not stop bleeding. For hours, the surgical staff of the ICU gave him unit after unit of blood and platelets as they tried, and failed, to stop the exsanguination. Lee started bleeding from everywhere. The doctors had never seen anything like it.

By late evening, his organs began to shut down. My mother and I were left with the decision that no one should ever have to make. To keep trying, recognizing utter futility in our knowledge that he would be brain dead, or to allow nature to take its course—and him, with it.

Eight doctors stood with their eyes downcast, bodies frozen in suspended animation, knowing as we did that there was nothing more they could do for him.

The world around us was completely still as I hovered at his bedside. Medical instruments continued to automate his breathing but I knew—with absolute certainty—that he was already gone. Where? I could only wonder.

He slipped away a little after 9:30 that night.

It was my turn to make the phone calls. I stepped outside into freezing cold darkness for privacy, but mostly because I needed to escape. I couldn’t breathe. I could barely form the words when I spoke to my grandmother, and then my aunt, followed by one of Lee’s closest friends. I didn’t give a flying fuck what anyone thought of me, this bereft woman on the lawn just beyond the emergency room doors, who was pacing and crying and speaking with all composure long since evaporated.

It took the last ounce of emotional strength I had not to scream into the night.

The days that immediately followed are a haze of tears, funeral arrangements, and the oppressive grief that permeated the foundation of my mother’s house. I temporarily moved in with her for a couple of weeks; it was as much for her benefit as my own.

To be honest, I don’t understand how we made it through everything. I suppose that most people who have lived through an earth-shattering loss could say the same. You go on whether you want to or not. Time waits for no one; it ceaselessly moves ever forward like that ridiculous train from “Snowpiercer.”

Gods, I hated that movie.

The grieving process is different, I think, when a person has fallen ill for a long time. Losing someone that you love dearly is never easy, but you’re at least given the gift of time to mentally prepare yourself for their departure. To share what you need to share with one another. You are afforded the opportunity to say goodbye and when they reach their time of passage, there is a certain emotional strength that’s granted with the knowledge that they will take your love with them on their voyage.

My brother was a stubborn, rock-headed, opinionated, royal pain in the ass who gave me my first black eye when we were a pair of kids fighting over a soccer ball in the backyard and I will always wonder if he knew I was there when he died.

I will always wonder if he knew how much I loved him. I can only hope that he did because I never had the chance to tell him. I could have whispered it at his bedside; I could have yelled it into his ear. It wouldn’t have mattered. He had been deaf since the age of three.

The sudden and unexpected passing of a loved one comes as a shock to your entire system. When you’re powerless to do anything but watch helplessly as your world transforms itself before your eyes, the swift and violent reshaping of everything you once knew takes place in the span of a heartbeat.

I find myself wrestling with anger on a daily basis. It’s an uninvited emotion that has nestled itself quietly beneath the fallen leaves of my depression like a viper waiting to strike. It bites me in the ass when I least expect it.

My unyielding vexation is exacerbated by social media on a daily basis whenever someone “likes” something that Lee liked, or responds to a post that he commented on before he passed away. Insensitive Facebook notifications pop up to say, “Lee and 5 other people like this,” or “Lee commented on this,” as though he interacted with it moments ago.

For a single instant—for one fleeting second—I forget that he is gone forever and the wind is knocked out of me all over again when I remember the truth.

Sometimes it feels as though I’m dealing with a form of PTSD. I think maybe, in some ways, I am.

Denial. Anger. Bargaining. Depression. Acceptance. The five stages of grief are not a fluid passage, as I’d once believed them to be. It’s not a linear journey through some proverbial tunnel lined with highway signs that promise we’ll be free from the darkness if we just keep driving toward the light.

I see flickers of light. I enjoy moments of laughter, even if I’m not laughing now. I experience hours when I don’t feel that all-too-familiar heaviness in my chest. I have days when I don’t even cry.

But the darkness… I don’t know if that will ever leave me entirely.

For adults who must survive the death of a sibling, I don’t think it completely leaves any of us. 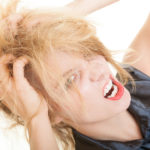 5 Things I Wish I’d Known Before Filing for Divorce 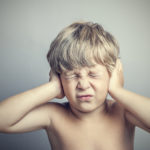 Do You Know What You’re Saying?