I was randomly talking to someone the other day when the topic of kids came up. All the typical points were hit and it was a nice little caregiver commiseration session. Then my conversation partner broke out the “He’s such a smart child. You know these public schools just don’t know how to handle outside the box thinkers. They just don’t know how to deal with how special he is. Do you know what an indigo child is?”

I get it, I really do. I have four children I think the world of. In my eyes, they are the absolute coolest kids on the planet. But super special ultra rate indigo children who break every mold and are above every preset average? That’s going be a no from me, dawg.

The problem with thinking of our children as these fantastic misunderstood messiahs is that it puts them on a pedestal. This not only separates the child from their peers but it sets a ridiculous standard of performance. These children can’t just complete assignments, they must excel at them. They can’t just enjoy a hobby, they must be a prodigy. They don’t just get to exist in the world, they must save us all from it.

The concept of little Johnny being the next Luke Skywalker or Susiepoo being the next Katniss Evergreen is faulty. Not every child’s development follows the hero’s journey monomyth. We’re not raising characters in fictional or religious stories. If you don’t believe in The Force in real life why would you assume that a character like Luke could exist outside that cannon?

Why would you even want your child to have to shoulder the weight of being das wunderkind?

For some, if not all of these kids, it’s so the parents can receive the ego fuel of having birthed a celebrity. They want to feel like the Virgin Mary getting to beam on about her little Christkindl. Instead of being a supportive force, these parents become hype machines for their now walking juvenile tourist attraction. It has nothing to do with the child and their existence, and everything to do with the parents obtaining glory.

Are we raising the next generation of social justice superheroes who can right all the wrongs we and the idiots before us created? Maybe. More realistically, we’re raising a bunch of car salesman and sanitation workers, teachers and grocery store clerks. Some of them will peak in high school. Some of them will graduate college with degrees they never use. A lot of them will be working middle-class jobs during the day and cruising the dark corners of the internet at night. Some will be doctors, but some will also be felons.

The truth of it is, your child is just not that important. Neither is mine. Your child, my child, thousands of children before and after them are just as they are. Just a bunch of kids, trying to figure out who they are and where they fit in this crazy world. They are average, middle of the road, even (brace yourself) plain. And that’s perfectly okay.

Angela Zimmerman is a stay at home mom and aspiring blogger. You can follow her wanderings at Conjure and Coffee (www.conjureandcoffee.wordpress.com) 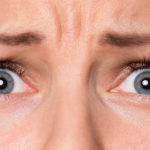 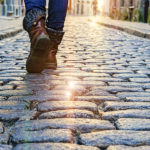